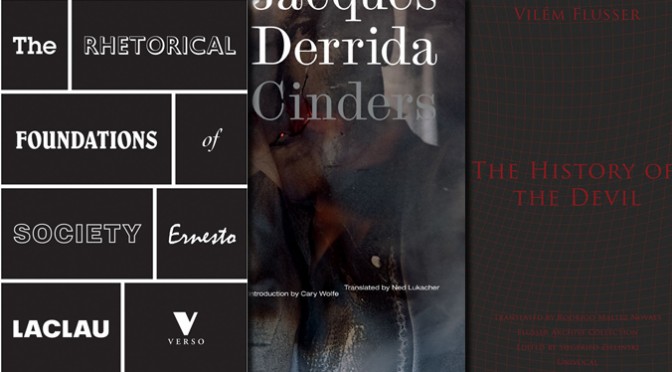 If you’re an author or a publisher and would like to be included in future round-ups, please email [email protected]

If we missed any this month, let us know in the comments.

The Critique of Everyday Life 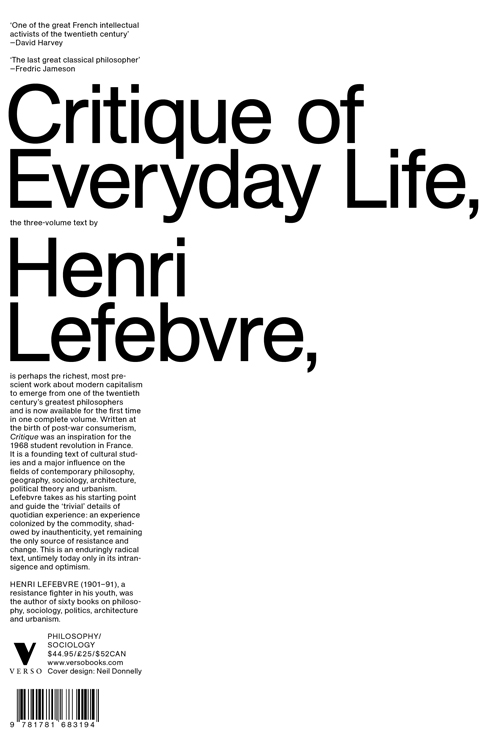 “The three-volume text by Henri Lefebvre is perhaps the richest, most prescient work about modern capitalism to emerge from one of the twentieth century’s greatest philosophers and is now available for the first time in one complete volume. Written at the birth of post-war consumerism, Critique was an inspiration for the 1968 student revolution in France. It is a founding text of cultural studies and a major influence on the fields of contemporary philosophy, geography, sociology, architecture, political theory and urbanism. Lefebvre takes as his starting point and guide the ‘trivial’ details of quotidian experience: an experience colonized by the commodity, shadowed by inauthenticity, yet remaining the only source of resistance and change. This is an enduringly radical text, untimely today only in its intransigence and optimism.”

The Becoming of the Body 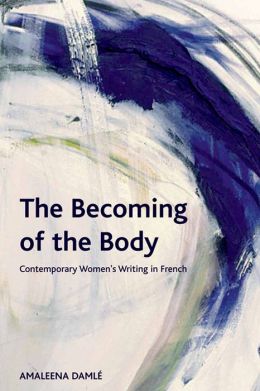 “Following a long tradition of objectification, 20th-century French feminism often sought to liberate the female body from the confines of patriarchal logos and to inscribe its rhythms in writing. But how has the promotion of ‘women’s writing’ in such thought and literature evolved in the years preceding and following the turn of the millennium?  What sorts of bodily questions and problems do contemporary female writers evoke?

How are traditional conceptions of the boundaries of the female body contested, exceeded or transformed? And how do contemporary philosophical discourses correspond to the ways that literary authors conceptualise, and write, the female body?”

History of the Devil 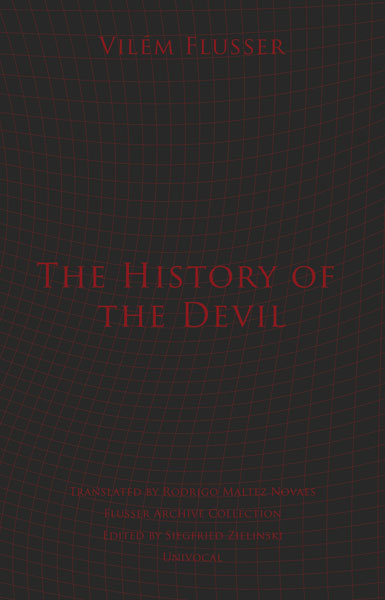 “In The History of the Devil, Flusser frames the human situation from a pseudo-religious point of view. The phenomenal world, or “reality” in a general sense, is identified as the “Devil,” and that which transcends phenomena, or the philosophers’ and theologians’ “reality,” is identified as “God.” Referencing Wittgenstein’s Tractatus Logico-Philosophicus in its structure, Flusser provocatively leads the reader through an existential exploration of nothingness as the bedrock of reality, where “phenomenon” and “transcendence,” “Devil” and “God” become fused and confused. So radically confused, in fact, that Flusser suggests we abandon the quotation marks from the terms “Devil” and “God.” At this moment of abysmal confusion, and of the downfall of all values, we must make the existential decisions that give direction to our lives. ”

Intensities and Lines of Flight 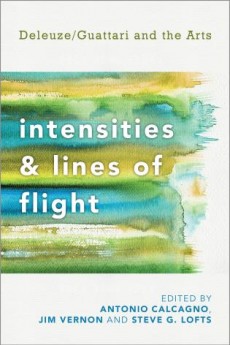 “This rich and original collection of essays, authored by both major Deleuzian scholars and practicing artists and curators, offers an important critique of Deleuze and Guattari’s legacy in relation to a multitude of art forms, including painting, cinema, television, music, architecture, literature, drawing and installation art. Inspired by the implications of Deleuze and Guattari’s work on difference and multiplicity and with a focus on the intersection of theory and practice, the book represents a major interdisciplinary contribution to Deleuze-Guattarian aesthetics.” 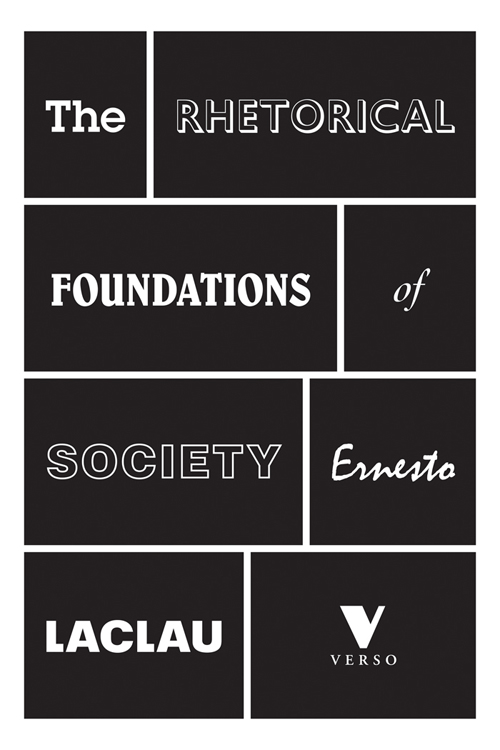 “The essays collected in this volume develop the theoretical perspective initiated in Laclau and Mouffe’s classic Hegemony and Socialist Strategy, taking it in three principal directions. First, this book explores the specificity of social antagonisms and answers the question “What is an antagonistic relation?”—an issue which has become increasingly crucial in our globalized world, where the proliferation of conflicts and points of rupture is eroding their links to the social subjects postulated by classical social analysis. This leads Laclau to a second line of questioning: What is the ontological terrain that allows us to understand the nature of social relations in our heterogeneous world?” This is a task he addresses with theoretical instruments drawn from analytical philosophy and from the phenomenological and structuralist traditions. Finally, central to the argument of the book is the basic role attributed to rhetorical tropes—metaphor, metonymy, catachresis—in shaping the “non-foundational” grounds of society.” 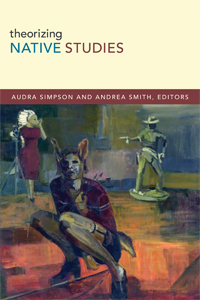 “This important collection makes a compelling argument for the importance of theory in Native studies. Within the field, there has been understandable suspicion of theory stemming both from concerns about urgent political issues needing to take precedence over theoretical speculations and from hostility toward theory as an inherently Western, imperialist epistemology. The editors of Theorizing Native Studies take these concerns as the ground for recasting theoretical endeavors as attempts to identify the larger institutional and political structures that enable racism, inequities, and the displacement of indigenous peoples. They emphasize the need for Native people to be recognized as legitimate theorists and for the theoretical work happening outside the academy, in Native activist groups and communities, to be acknowledged. Many of the essays demonstrate how Native studies can productively engage with others seeking to dismantle and decolonize the settler state, including scholars putting theory to use in critical ethnic studies, gender and sexuality studies, and postcolonial studies. Taken together, the essays demonstrate how theory can serve as a decolonizing practice.” 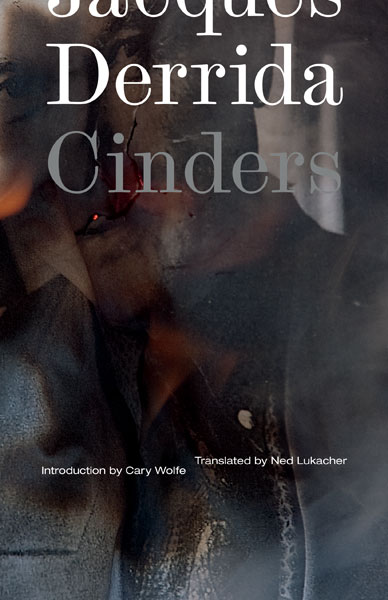 “n a style that is both highly condensed and elliptical, Cinders offers probing reflections on the relation of language to truth, writing, the voice, and the complex connections between the living and the dead. It also contains some of his most essential elaborations of his thinking on the feminine and on the legacy of the Holocaust (both a word—from the Greek hólos, “whole,” and kaustós, “burnt”—and a historical event that invokes ashes) in contemporary poetry and philosophy. In turning from the texts of other philosophers to his own, Cinders enables readers to follow the trajectory from Derrida’s early work on the trace, the gramma, and the voice to his later writings on life, death, time, and the spectral.

Among the most accessible of this renowned philosopher’s many writings, Cinders is an evocative and haunting work of poetic self-analysis that deepens our understanding of Derrida’s critical and philosophical vision.”

Thought in the Act

By Brian Massumi and Erin Manning 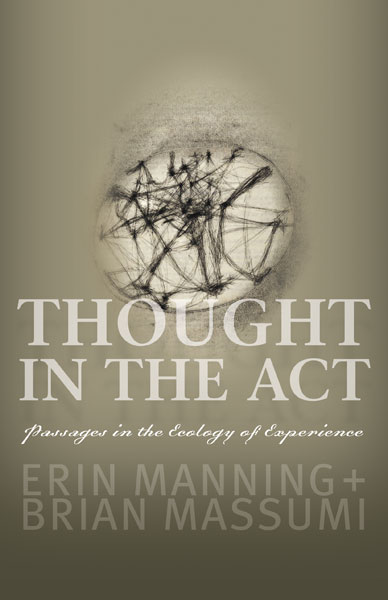 “Combining philosophy and aesthetics, Thought in the Act is a unique exploration of creative practice as a form of thinking. Challenging the common opposition between the conceptual and the aesthetic, Erin Manning and Brian Massumi “think through” a wide range of creative practices in the process of their making, revealing how thinking and artfulness are intimately, creatively, and inseparably intertwined. They rediscover this intertwining at the heart of everyday perception and investigate its potential for new forms of activism at the crossroads of politics and art.

Emerging from active collaborations, the book analyzes the experiential work of the architects and conceptual artists Arakawa and Gins, the improvisational choreographic techniques of William Forsythe, the recent painting practice of Bracha Ettinger, as well as autistic writers’ self-descriptions of their perceptual world and the experimental event making of the SenseLab collective. Drawing from the idiosyncratic vocabularies of each creative practice, and building on the vocabulary of process philosophy, the book reactivates rather than merely describes the artistic processes it examines. The result is a thinking-with and a writing-in-collaboration-with these processes and a demonstration of how philosophy co-composes with the act in the making. Thought in the Act enacts a collaborative mode of thinking in the act at the intersection of art, philosophy, and politics.” 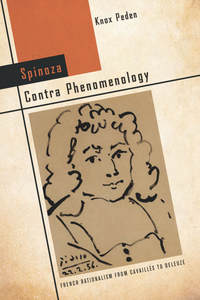 “Spinoza Contra Phenomenology fundamentally recasts the history of postwar French thought, which is typically presumed by detractors and celebrants alike to have been driven by a critique of reason indebted above all to Nietzsche and Heidegger. Although the reception of German phenomenology gave rise to many of the most innovative developments in French philosophy, from existentialism to deconstruction, not everyone in France was pleased with this German import. The book recounts how a series of French philosophers used Spinoza’s rationalism to erect a bulwark against the nominally irrationalist tendencies of Husserl’s and Heidegger’s thought in France. From its beginnings in the interwar years in philosophy of science and the history of philosophy, this Spinozist rationalism would prove foundational for Louis Althusser’s rethinking of Marxism and Gilles Deleuze’s ambitious metaphysics. There has been a renewed enthusiasm for Spinozism in various quarters of late by those who would see it as a kind of neo-vitalism or philosophy of life and affect. Peden bucks the trend by tracking a decisive and neglected aspect of Spinoza’s philosophy—his rationalism—in a body of thought too often presumed to have rejected reason. In the process, he demonstrates that the critical resources of Spinoza’s rationalism have yet to be exhausted today.”