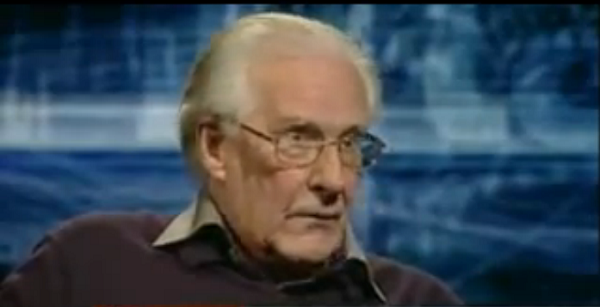 In this tense 2009 interview from BBC’s “Hard Talk,” Alain Badiou talks with Stephen Sackur about the economic crisis, the French political situation, and then-president Nicolas Sarkozy.

The interviewer is mostly hostile to Badiou, asking pointed questions about the failures of Soviet communism and calling Badiou’s description of Sarkozy as the “rat man” anti-semitic.

Badiou later clarifies (and acknowledges a bit of a language barrier) that the “rat man” was an allusion to the Pied Piper. Sarkozy, for Badiou, was leading on the left in a manner similar to the children’s story.

Watch part one and two below.