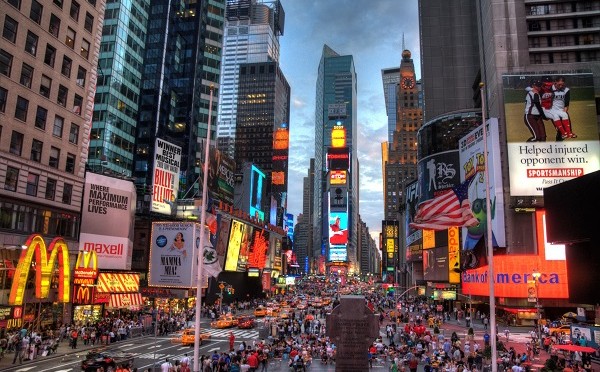 A new art installation titled “Capitalism Works for Me!” was unveiled this week in Times Square. The piece, by artist Steve Lambert, invites users to vote “true” or “false.” 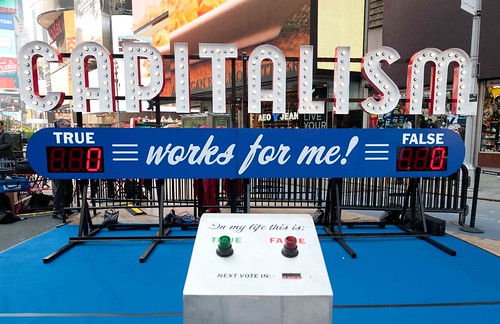 The installation was set up September 20, 2013 and will re-appear October 6 through October 9.

It’s unclear what the final count was for it’s September 20 run, but one image suggests capitalism lost 95 to 83.

“Capitalism Works for Me!” has previously appeared in 9 other cities. The artist, Steve Lambert, is also involved in other forms of artistic activism. He helped found the Center for Artistic Activism.