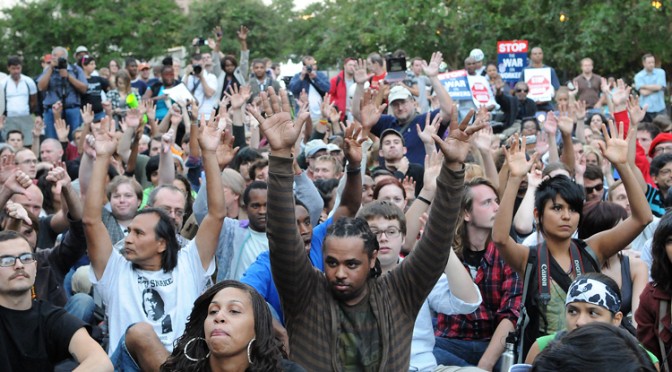 The New School for Social Research is now accepting submissions for their fifth annual Radical Democracy conference in New York City. This year’s keynote speaker will be Michael Hardt, author of the acclaimed “Empire” series with Antonio Negri.

Read the full call for papers below.

Professor of Literature and Italian Studies at Duke University

The Department of Politics at the New School for Social Research is sponsoring the Fifth Annual Radical Democracy Conference – a graduate student conference with keynote speaker Michael Hardt (Professor of Literature and Italian Studies, Duke University). In light of the myriad of potentially transformative developments and challenges to the status quo around the world – emergence of Occupy Wall Street, Arab Spring, protests in Gezi, Ferguson, Hong Kong, etc. – now more than ever we seek to explore the meanings of radical democracy beyond its frequent confinement to the realm of political science and move toward an interdisciplinary praxis.

Building on the success of our previous conferences, this year we seek to include and specifically encourage abstracts that employ and explore de/postcolonial; anthropological; historical; aesthetic and visual; gender; and political economic as lenses for understanding radical democracy. In addition, we invite abstracts engaging with the work of theorists such as Arendt, Badiou, Balibar, Chakravarti, Castoriadis, Fanon, Hardt, Mouffe, Nancy, Negri, Rancière and Spivak, among others, as well as abstracts on any theme pertaining to the history, meaning, development, practical application or critique of radical democracy.

For individual paper proposals, please submit a short abstract (max. 400 words) that includes institutional affiliation, academic level and contact information. Complete panel proposals with up to four papers are strongly encouraged. Please submit your paper or panel abstracts by January 25, 2015 to [email protected]. Full conference papers are due by March 1, 2015.

Topics may include but are not limited to: