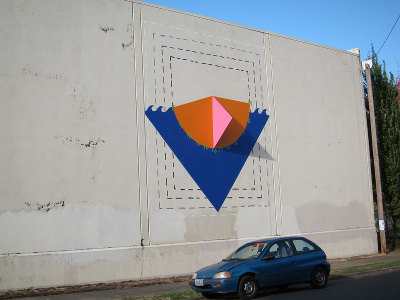 “View: Theories and Practices of Visual Culture” is now accepting submissions for a special issue on queer images. Read the call for papers below. The deadline is January 20, 2014.

What is a queer image? The first answer, which comes to mind seems obvious—queer images portray lives of non-normative sexualities and document the existence of ever-changing LGBTQ communities from the present and past. To this, we should also add images created by queer painters, activists, sculptors, film directors, performers, designers. And then, one could also point to an archive of images important for these queer collectives, a repository filled with artworks by Andy Warhol, musical posters, Douglas Sirk melodramas, music videos by Grace Jones, photo portraits of David Wojnarowicz, boa feathers and blush etc. etc.

This list doesn’t seem satisfactory. This is perhaps because not every representation of a non-normative sexuality has to resist hetero-norms; not every image created by a person identifying as queer has to carry a subversive potential, and finally because a common archive often, after some time, seizes to offer shelter and instead becomes an essentializing trap.

What if we try using queer theory and practice in thinking about the image per se? What would happen if instead of limiting ourselves to identifying queerness in the creator of the image and / or  its content, we start looking for queerness in the image itself – its construction, form, modes of circulation, social functioning?

If we were to provide a notion of a society of images, one possessing its own hierarchies, customs and rules, which images would occupy the position of non-normative images, of weak, subaltern, excluded, poor images? Can queer theory – a political and revolutionary theory per se (even if the means of revolution are not only pride, but also shame; not only joy, but also sadness; sleep, as well as riot, boredom as well as excitement) – which has over the years redefined such basic cultural categories as time, space, the archive, affect, and style, tell us anything new about the theory of the image and (counter)visuality? What do faggy, butchy and tranny images look like? How do images reproduce outside of the hetero-matrix? What assemblages can anti-social images form? What do queer images want and what kind of desires to they arouse in us? Are some genres more queer than others? What color do they have? What does the geographical map of queer images look like?

In this fifth issue of the journal “View. Theories and Practices of Visual Culture,” we invite contributions about queer images and images of queers. We’re looking forward to reading articles, which criticize normative images of non-normative identities, but also those which look for queerness in normativity; articles about images fighting for emancipation, but also about those bashful and introvert ones; texts about images created as a result of deep intellectual engagement with queer theory, but also about campy images, brought into being by pure accident.

For editorial and technical requirements, go to: http://widok.ibl.waw.pl/index.php/one/about/submissions

In case of questions, email: