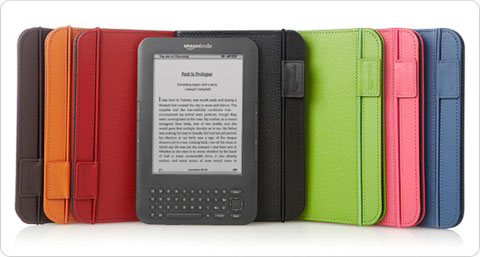 The great thing about reading a literature base dominated by dead white men is that most of the content is public domain. While publishers are constantly trying to make a buck off of 200 year-old books, Project Gutenberg is here to save the day.

The volunteer organization has actually been around since the 1970s. Founded by Michael Hart (not to be confused with Michael Hardt), the project offers over 40,000 public domain books free of charge. Books are available in a variety of formats, including EPub, and Kindle.

by Karl Marx and Friedrich Engels While we’ve all (probably) read The Communist Manifesto and Das Kapital, it’s refreshing to read some of Marx’s (well, actually Engels) other works. The book focuses on the political turmoil in 19th century Germany.

Marx was asked in the summer of 1851 by Charles Anderson Dana, managing editor of the New York Tribune, to write a series of articles on the German Revolution. Founded in 1842 by Horace Greeley, the Tribune was the most influential paper in the United States at the time. These articles were written by Engels at the request of Marx, who was then busy with his economic studies and felt, besides, that he had not yet attained fluency in English. Engels wrote the articles in Manchester, where he was employed, and sent them on to Marx in London to be edited and dispatched to New York. Thus, although Engels must be rightly considered their author, Marx took a big part in the preparation, for in their almost daily correspondence the chief points were discussed thoroughly between them. The articles appeared under Marx’s name, and it was not until much later, when the correspondence between the two life-long collaborators became available, that the true circumstances were revealed. The contributions to the Tribune thus begun continued until 1862, and though Marx himself wrote most of the articles after 1852, Engels continued to help his friend by writing for him important articles on political and military affairs. When Marx’s daughter, Eleanor, wrote the preface to the 1896 edition she was still under the impression that Marx had written the series.

Friedrich Nietzsche was Germany’s academic troll of the 1800s. Taking on the entirety of philosophic thought by rejecting morality and religion, Nietzsche has influenced later thinkers such as Gilles Deleuze and allegedly members of the Nazi party.

In Beyond Good and Evil, Nietzsche accuses past philosophers of lacking critical sense and blindly accepting dogmatic premises in their consideration of morality. Specifically, he accuses them of founding grand metaphysical systems upon the faith that the good man is the opposite of the evil man, rather than just a different expression of the same basic impulses that find more direct expression in the evil man. The work moves into the realm “beyond good and evil” in the sense of leaving behind the traditional morality which Nietzsche subjects to a destructive critique in favour of what he regards as an affirmative approach that fearlessly confronts the perspectival nature of knowledge and the perilous condition of the modern individual.

The Critique of Pure Reason

The Critique of Pure Reason (German: Kritik der reinen Vernunft) by Immanuel Kant, first published in 1781, second edition 1787, is one of the most influential works in the history of philosophy.[2] Also referred to as Kant’s “first critique,” it was followed in 1788 by the Critique of Practical Reason and in 1790 by the Critique of Judgment. In the preface to the first edition Kant explains what he means by a critique of pure reason: “I do not mean by this a critique of books and systems, but of the faculty of reason in general, in respect of all knowledge after which it may strive independently of all experience.”

Plato’s thought permeates western thought that, love  him or hate him, he’s pretty hard to escape. Perfect for aspiring proto-fascists, Plato details his utopic Republican. Scholars as diverse as Karl Popper and Jacques Ranciere have taken their academic swipes at Plato for laying the groundwork for totalitarian in western society.

The Republic (Greek: Πολιτεία, Politeia) is a Socratic dialogue written by Plato around 380 BC concerning the definition of justice and the order and character of the just city-state and the just man.[1] The dramatic date of the dialogue has been much debated and though it must take place some time during the Peloponnesian War, “there would be jarring anachronisms if any of the candidate specific dates between 432 and 404 were assigned”.[2] It is Plato’s best-known work and has proven to be one of the most intellectually and historically influential works of philosophy and political theory.[3][4] In it, Socrates along with various Athenians and foreigners discuss the meaning of justice and examine whether or not the just man is happier than the unjust man by considering a series of different cities coming into existence “in speech”, culminating in a city (Kallipolis) ruled by philosopher-kings; and by examining the nature of existing regimes. The participants also discuss the theory of forms, the immortality of the soul, and the roles of the philosopher and of poetry in society.[5]

Vindication of the Rights of Women 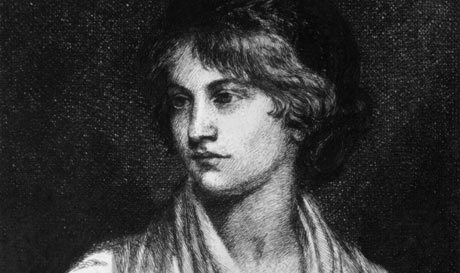 Mary Wollstonecraft wrote a compelling case for the rights of women during a time when the Enlightenment was a giant French boys club. She also, coincidentally, is the mother of Frankenstein author Mary Shelley.

A Vindication of the Rights of Woman: with Strictures on Political and Moral Subjects (1792), written by the 18th-century British feminist Mary Wollstonecraft, is one of the earliest works of feminist philosophy. In it, Wollstonecraft responds to those educational and political theorists of the 18th century who did not believe women should have an education. She argues that women ought to have an education commensurate with their position in society, claiming that women are essential to the nation because they educate its children and because they could be “companions” to their husbands, rather than mere wives. Instead of viewing women as ornaments to society or property to be traded in marriage, Wollstonecraft maintains that they are human beings deserving of the same fundamental rights as men.