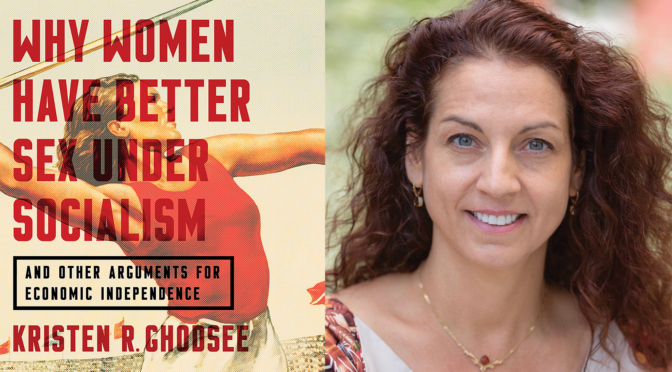 Is capitalism bad for your sex life? That is the question posed by anthropologist Kristen Ghodsee in her book “Why Women Have Better Sex Under Socialism.”

Capitalism, Ghodsee argues, traps women in unfullfilling and ungratifying relationships.  Since they are dependent on their husband’s income, or his health insurance, they have less freedom to pursue their own passions, romantic or otherwise. As a result, despite the many problems in the Soviet Union, many women experienced more autonomy.

Ghodsee documents men during this time frustrated that they were no longer able to throw around their money or prestigious titles to seduce women. These men, she notes – seem much more satisfied in a capitalist Russia, where some young women pay thousands of dollars now to enter “Gold Digger Academies.”

What may seem like a vague and subjective question actually comes with a surprising amount of empirical data.  Ghodsee dives into the research not only before and after the collapse of the Soviet Union, but from the socialist states in modern day Scandinavia. But aside from the data, Ghodsee finds a humorous proof in  infamous pickup artist Roosh V, who wrote an entire book entitled “Don’t Bang Denmark,” since the country’s wide social safety net and cultural norms impeded his ability to sleezily seduce women.

Listen to the full interview on Apple Podcasts, Google Play, or wherever you listen to podcasts.