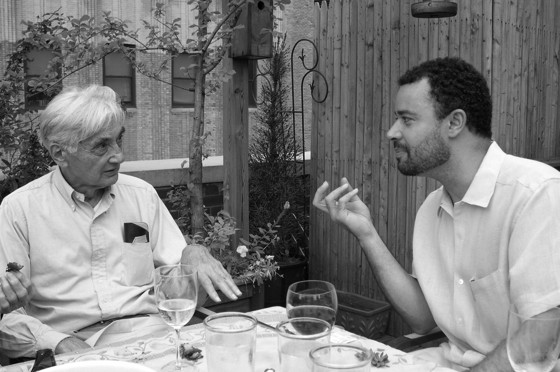 Howard Zinn did more than just write history. The famed author of “A People’s History of the United States,” a book worthy enough to be targeted by censors in Indiana, also wrote a one-man play about Karl Marx in 1999. Titled “Marx in Soho,” the play has had multiple runs, most recently at the Calder Bookshop in London.

The Calder Bookshop will be showing “Marx in Soho” until October 13, 2013. Verso Books is giving out a free copy of “The Communist Manifesto” with every ticket.

Marx is back! The premise of this witty and insightful “play on history” is that Karl Marx has agitated with the authorities of the afterlife for a chance to clear his name. Through a bureaucratic error, though, Marx is sent to Soho in New York, rather than his old stomping ground in London, to make his case.

Howard Zinn, best known for his book, ‘A Peoples History of the United States’, introduces us to Marx’s wife, Jenny, his children, the anarchist Mikhail Bakunin, and a host of other characters.

Watch a clip from a previous run with actor Brian Jones below.