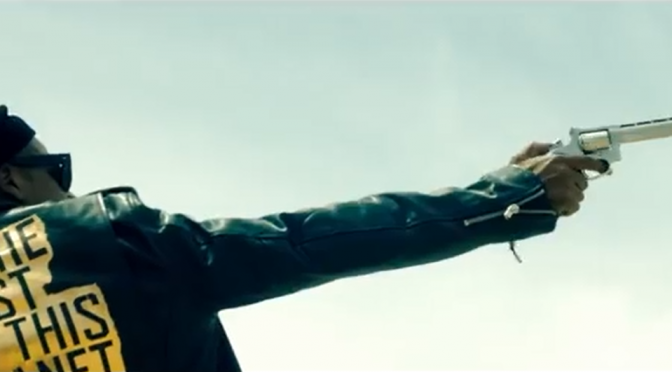 Imagine this: You, like many of our readers, work tirelessly to write volumes on subjects that only a handful people will read. Unless your name is Judith Butler or Slavoj Zizek, chances are that nobody cares about your latest thoughts on Friedrich Nietzsche.

That’s exactly what happened to Eugene Thacker, a Media Studies professor at The New School University, who wrote a book on horror and nihilism called “In the Dust of this Planet” in 2011 published by Zero Books. While the book received generally positive reviews on various message boards, it was anything but a New York Time’s Bestseller. And then – it was everywhere.

It started when some words eerily reminiscent of Thacker’s shows up in HBO’s hit show “True Detective.”

“I’m what’s called a pessimist,” the show’s main character proclaims. “We are creatures that should not exist by natural law. We are things that labor under the illusion of having a self, a secretion of sensory experience and feeling programmed with total assurance that we are each somebody when in fact everybody is nobody.”

When asked what inspired the main character, writer Nic Pizzolatto cited, among other books, “In the Dust of this Planet.”

After that, the clothes showed up. Icelandic artist Gardar Eide Einarsonn collaborated with clothing brand BLK DNM to put out fashion with “bold messages.”

Next came the celebrities. Lily Allen posted this to her Instagram and this shot showed up in Jay-Z and Beyonce’s video for “Run.”

NPR’s “Radiolab,” investigated the matter, talking to both Thacker and Simon Critchley, who explained that nihilism has always been a staple of counter-culture. They even talked to Jay-Z’s costume designer, who went through her rationale for picking the jacket.

A costume, she argues, is “like a conversation.” That conversation, in the Jay-Z video was that this man, a “sovereign,” had the world on his back and acted as if he was completely unaware or, to quote the Radiolab host, “didn’t care.”

To top everything off – Glenn Beck discovered the NPR podcast and quickly declared a liberal plot to disseminate eugenics and nihilism via pop culture.

Beck dedicated over 8 minutes of his show back in September to the topic of “nihilism” and how conservatives need to be up in arms about it.

Of course, Beck in his segment could never admit to listening to something run by NPR, and is quick to note our tax-dollars funded the program. Luckily, Beck’s producer listens so he doesn’t have to.

Thacker, by the way, had never heard of Beck, which I find utterly confounding.

There’s a flurry of absurd claims in Beck’s diatribe: Thacker works at a school founded by progressive educators who invented eugenics, or something. Beck was probably referring to New School founder and  progressive John Dewey who never endorsed genetics, and was even arguably against it.

“When you take Darwin,” Beck continues, “and couple it with nihilism and then progressivism you can kill people if it’s for the good of the collective.” Note, “good of the collective” and “nihilism” in hilarious juxtaposition. Beck then posits this as the logic of Nazi genocide – a ridiculous claim  rebuked by even Walter Sobchack when he noted: “Say what you will about the tenets of National Socialism, dude, at least it’s an ethos.”

Not to mention that The New School’s second spiritual founding happened with The New School in Exile by a bunch of academics trying to escape Nazi persecution. But I digress.

“Even if you are a control freak, one thing you learn when you write a book and send it out is that it has a life of its own,” Thacker said. “It’s open to interpretation.”

So is there a liberal plot to spread nihilism? No, not the least because most radical scholars detest both liberal and conservative politics (I can’t speak for Thacker), and because Nietzsche is more often-than-not taken out of context to justify conservative racism. For many philosophers, being taken up by pop culture is more a sign of defeat than a cause of celebration.

When I reached out to Thacker, he didn’t have much to say.

“I suppose that more people have worn my book than have read it,” he remarked.