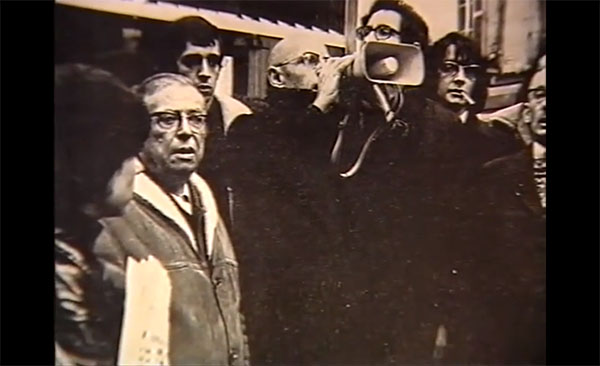 Complete with a bald Foucault re-enactor and dramatic readings of Foucault’s texts, this documentary titled “Beyond Good and Evil” explores the life and work of French poststructuralist Michel Foucault.

Foucault, who is famous for, among other works, “Madness and Civilization,” battled with mental illness himself. The documentary reveals that Foucault attempted suicide multiple times, at one point slashing his chest in the hallway of the École Normale Supérieure. Foucault also had morbid tastes, and adorned his room with Fransisco Goya pieces that depicted torture and war.

Other highlights include a recounting of Foucault dropping LSD in Death Valley (which he claimed was one of the most transformative events in his life) and Foucault referring to his near death experience after being hit by a car (arguably ironically) as “blissful.” Foucault also grew fond of America, where he could escape his French celebrity status and enjoy the sexual experimentation and drug use of San Francisco.

The internet is surprisingly bereft of information on this documentary. Anybody with insights about where it came from should comment below.