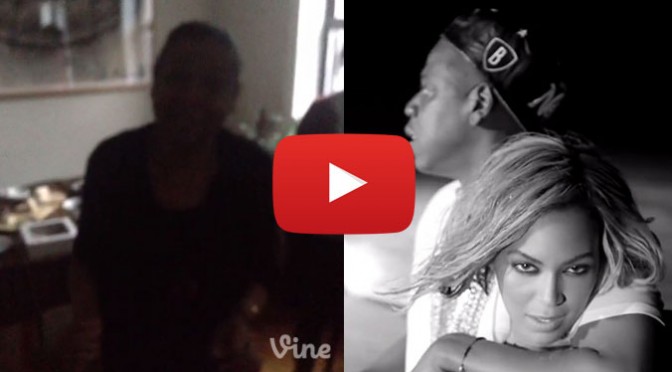 Fresh off calling Beyonce a “terrorist,” bell hooks was recently spotted getting her groove on to Beyonce’s “Drunk in Love” by fellow activist Janet Mock.

bell hooks is an influential black feminist and poet who has written books such as “Killing Rage” and “Where We Stand: Class Matters.”

Earlier this week at The New School, she argued against trans activist Janet Mock that Beyonce could be a source of feminist inspiration.

hooks argued that Beyonce “is in fact anti-feminist…that is a terrorist in the sense, especially in terms of the impact on young girls.”

I think it’s fantasy that we can recoup the violating image and use it, I mean you know I used to get so tired of people quoting Audre the masters tools will never dismantle the master’s house. But that was exactly what she meant. That you are not going to destroy this imperialist white supremacist capitalist patriarchy by creating your own version of it,  even if it serves you to make lots and lots of money, because I really have been challenging people to think about would we be at all interested in Beyonce if she wasn’t so rich, because I don’t think you can separate her class power and the wealth from people’s fascination with her. Because here’s a young black woman that is so incredibly wealthy, and wealthy is what so many young people fantasize and dream about, sexualize, eroticize, and one could argue that even more than her body is what that body stands for: The body of desire, fulfilled, that is wealth, fame, celebrity, all the things that so many people in our culture are lusting for, wanting. I mean let’s say if Beyonce was a homeless woman who looked the same way, or a poor down and out woman who looked the same way, would people be enchanted with her, or is it the combination of all of those things that are at the heart of imperialist white supremacist capitalist patriarchy?