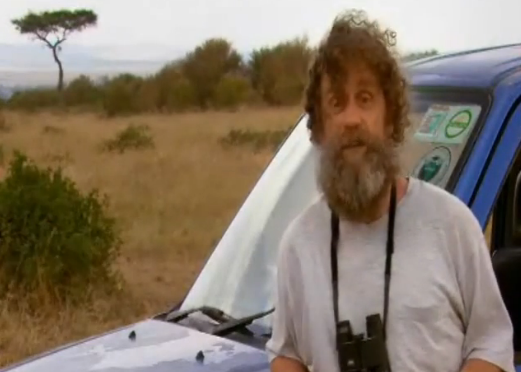 In this video, Robert Sapolsky, discusses his research of hierarchy in baboons troops. Sapolsky, a neuroendocrinologist, found that baboons with lower social ranks had higher levels of stress hormones which can cause problems with blood pressure, the immune and reproductive systems, and brain chemistry resembling that of the clinically depressed.

Baboon troops usually have strong social hierarchy, with alpha males going around beating the shit out of lesser baboons and sexually assaulting the females.

But in an unexpected development, many of the alpha males in the troop Sapolsky studied died after coming into contact with tuberculosis-tainted meat. What was left of the troop was the more socially-attuned baboons who, rather than torturing their comrades, preferred to groom them and, you know, chill. Wandering baboons that joined the troops from elsewhere, who generally fall into the “raging dick” category, were eventually assimilated and, like their troop-mates, learned to hang with the bros.

As a result, Sapolsky found that the troop’s overall levels of stress hormones, blood pressure, and anxiety decreased.

Watch the video below: