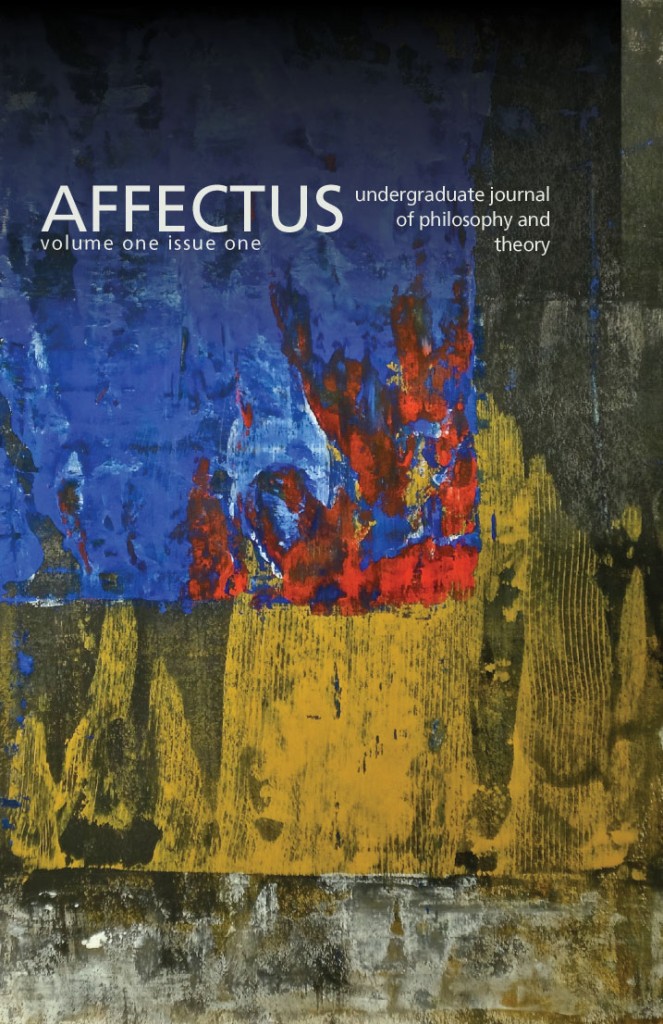 It’s always exciting to find new journals that are freely available to the public. And earlier this month, Affectus launched the inaugural issue of its undergraduate philosophy journal.

Lacking an overall theme for its first issue, it contains articles such as “Bartleby, Agrammatical Resistance, and the Law,” “The Nature of Oz: The Cultural Logic of Nature Documentaries and Prison Films” and “Exit Time.”

The journal “emerged out of an inter-instutional seminar led by students at Mount Royal University of Calgary, and Alberta College of Art and Design” in 2013. It plans on publishing twice a year.

It also features a pretty swanky (if a little awkward to use) visual design.

You can find the whole issue here. Hard copies of the issue are also for sale on Amazon. Proceeds are used to further support the journal. 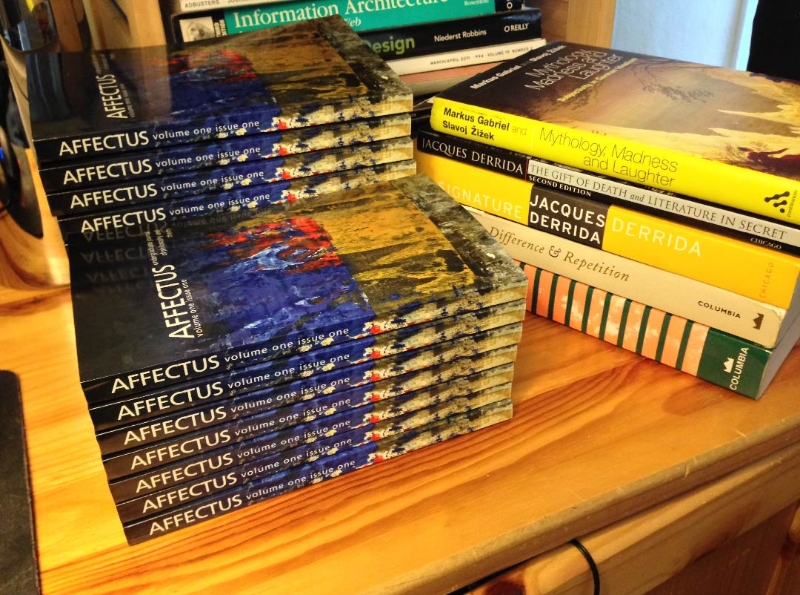