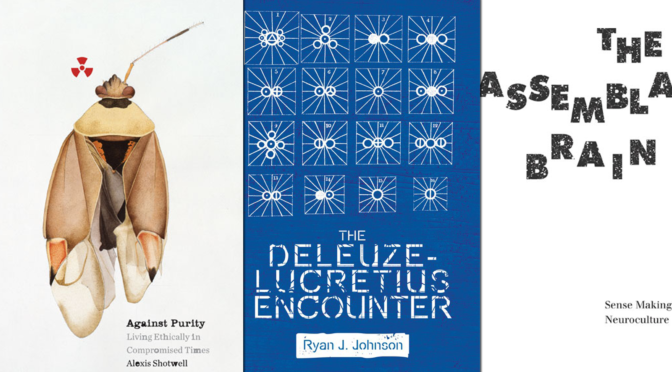 The Debate on Postcolonial Theory and the Specter of Capital 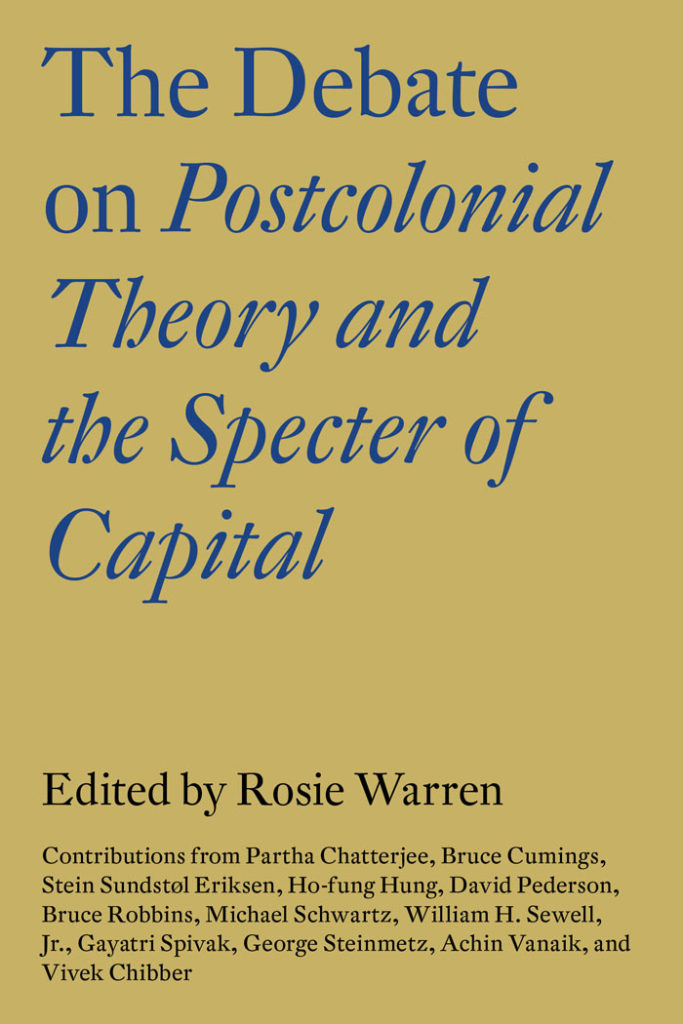 Vivek Chibber’s Postcolonial Theory and the Specter of Capital was hailed on publication as “without any doubt … a bomb,” and “the most substantive effort to dismantle the field through historical reasoning published to date.” It immediately unleashed one of the most important recent debates in social theory, ranging across the humanities and social sciences, on the status of postcolonial studies, modernity, and much else.

Once upon a time, neuroscience was born. A dazzling array of neurotechnologies emerged that, according to popular belief, have finally begun to unlock the secrets of the brain. But as the brain sciences now extend into all corners of cultural, social, political, and economic life, a yet newer world has taken shape: “neuroculture,” which goes further than ever before to tackle the profound ethical implications we face in consequence.

The Assemblage Brain unveils a major new concept of sense making, one that challenges conventional scientific and philosophical understandings of the brain. Drawing on Deleuze and Guattari, Tony D. Sampson calls for a radical critical theory that operates in the interferences between philosophy, science, art, and politics. From this novel perspective the book is structured around two questions: “What can be done to a brain?” and “What can a brain do?” Sampson examines the rise of neuroeconomics in informing significant developments in computer work, marketing, and the neuropharmaceutical control of inattentiveness in the classroom. Moving beyond the neurocapitalist framework, he then reestablishes a place for proto-subjectivity in which biological and cultural distinctions are reintegrated in an understanding of the brain as an assemblage.

The world is in a terrible mess. It is toxic, irradiated, and full of injustice. Aiming to stand aside from the mess can produce a seemingly satisfying self-righteousness in the scant moments we achieve it, but since it is ultimately impossible, individual purity will always disappoint. Might it be better to understand complexity and, indeed, our own complicity in much of what we think of as bad, as fundamental to our lives? Against Purity argues that the only answer—if we are to have any hope of tackling the past, present, and future of colonialism, disease, pollution, and climate change—is a resounding yes. Proposing a powerful new conception of social movements as custodians for the past and incubators for liberated futures, Against Purity undertakes an analysis that draws on theories of race, disability, gender, and animal ethics as a foundation for an innovative approach to the politics and ethics of responding to systemic problems.

Being against purity means that there is no primordial state we can recover, no Eden we have desecrated, no pretoxic body we might uncover through enough chia seeds and kombucha. There is no preracial state we could access, no erasing histories of slavery, forced labor, colonialism, genocide, and their concomitant responsibilities and requirements. There is no food we can eat, clothes we can buy, or energy we can use without deepening our ties to complex webbings of suffering. So, what happens if we start from there?

Alexis Shotwell shows the importance of critical memory practices to addressing the full implications of living on colonized land; how activism led to the official reclassification of AIDS; why we might worry about studying amphibians when we try to fight industrial contamination; and that we are all affected by nuclear reactor meltdowns. The slate has never been clean, she reminds us, and we can’t wipe off the surface to start fresh—there’s no fresh to start. But, Shotwell argues, hope found in a kind of distributed ethics, in collective activist work, and in speculative fiction writing for gender and disability liberation that opens new futures.

Topophobia: A Phenomenology of Anxiety is a vivid second-person inquiry into how anxiety plays a formative part in the constitution of subjectivity. While anxiety has assumed a central role in the history of philosophy – and phenomenology in particular – until now there has been no sustained study of how it shapes our sense of self and being in the world. This book seeks to address that lacuna.

Calling upon the author’s own experience of being agoraphobic, it asks a series of critical questions: How is our experience of the world affected by our bodily experience of others? What role do moods play in shaping our experience of the world? How can we understand the role of conditions such as agoraphobia in relation to our normative understanding of the body and the environment? What is the relation between anxiety and home? The reader will gain an insight into the strange experience of being unable to cross a bridge, get on a bus, and enter a supermarket without tremendous anxiety. At the same time, they will discover aspects of their own bodily experience that are common to both agoraphobes and non-agoraphobes alike.

Integrating phenomenological inquiry with current issues in the philosophy of mind, Trigg arrives at a renewed understanding of identity, which arranges self, other and world as a unified whole. Written with a sense of vividness often lacking in academic discourse, this is living philosophy. 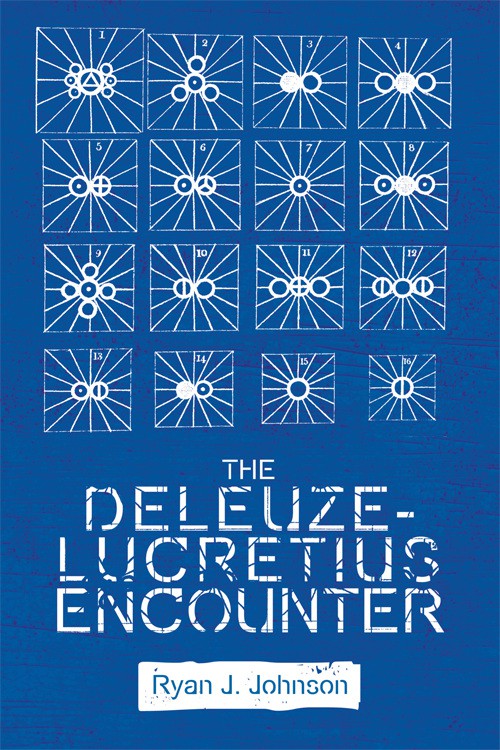 More than any other 20th-century philosopher, Deleuze considers himself an apprentice to the history of philosophy. But scholarship has ignored one of the more formative influences on Deleuze: Lucretian atomism. Deleuze’s encounter with Lucretius sparked a way of thinking that resonates throughout all his writings: from immanent ontology to affirmative ethics, from dynamic materialism to the generation of thought itself. Filling a significant gap in Deleuze Studies, Ryan J. Johnson tells the story of the Deleuze-Lucretius encounter that begins and ends with a powerful claim: Lucretian atomism produced Deleuzianism. 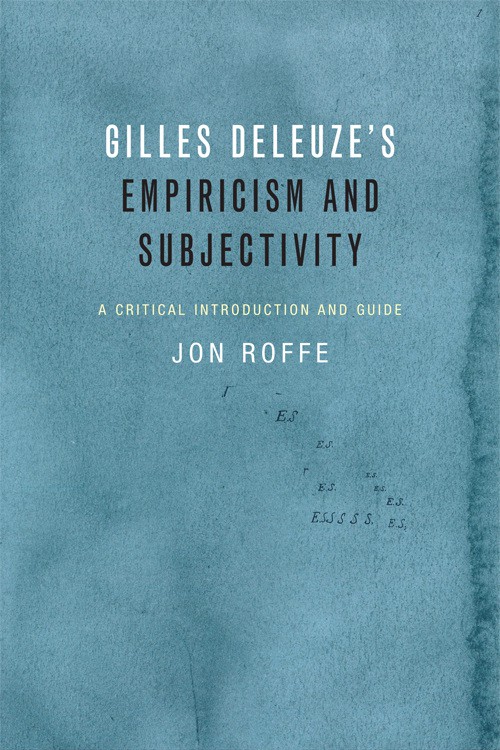 Jon Roffe shows how Empiricism and Subjectivity is the precursor for some of Deleuze’s most well-known philosophical innovations. For those already familiar with Deleuze, he emphasises its novelty within his corpus. And, for all readers, he shows how it outlines Deleuze’s powerful and striking theory of subjectivity, and of philosophy itself.