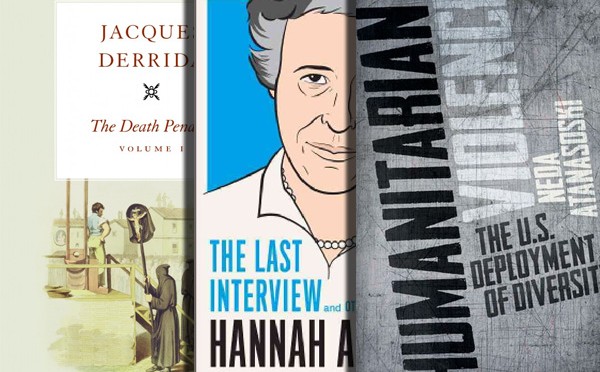 December has ben a pretty slow month for critical theory publications, but we’re always on the look out for more. If you are an author or publisher with a forthcoming book, email [email protected] to be added to our monthly roundups. If we missed something this month, let us know in the comments. 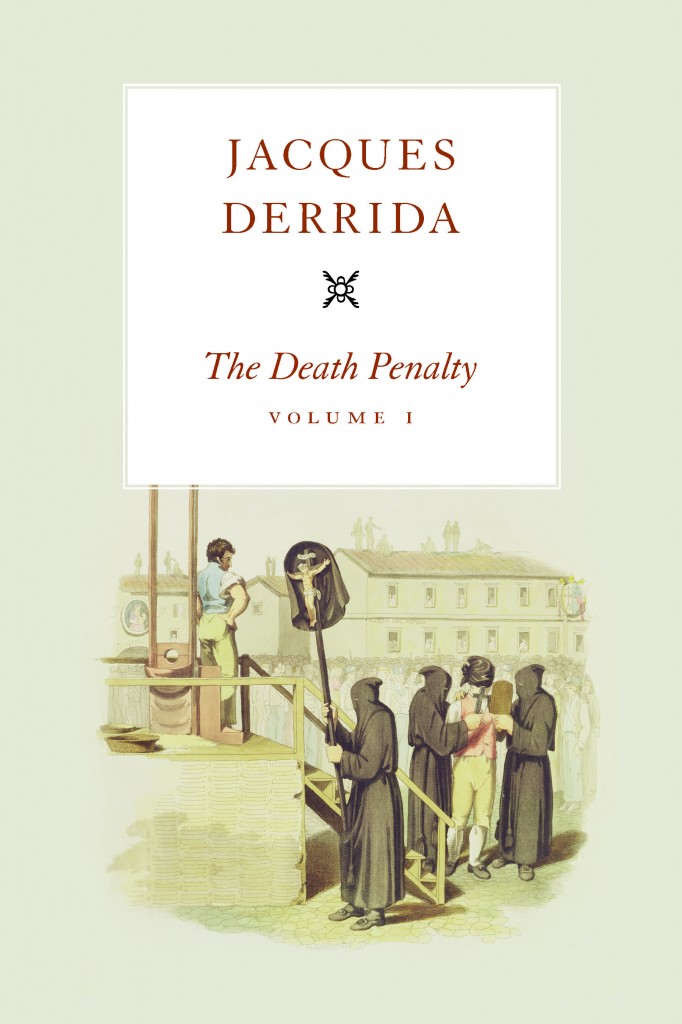 In this newest installment in Chicago’s series of Jacques Derrida’s seminars, the renowned philosopher attempts one of his most ambitious goals: the first truly philosophical argument against the death penalty. While much has been written against the death penalty, Derrida contends that Western philosophy is massively, if not always overtly, complicit with a logic in which a sovereign state has the right to take a life. Haunted by this notion, he turns to the key places where such logic has been established—and to the place it has been most effectively challenged: literature. 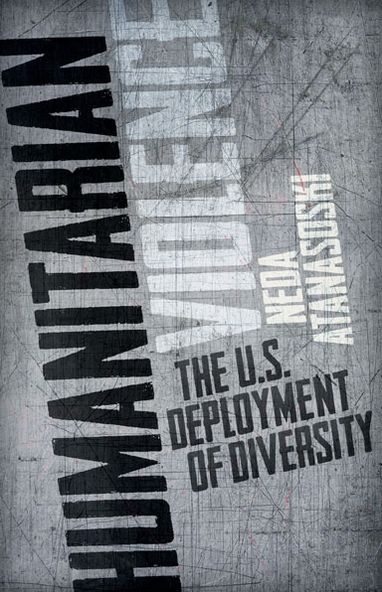 When is a war not a war? When it is undertaken in the name of democracy, against the forces of racism, sexism, and religious and political persecution? This is the new world of warfare that Neda Atanasoski observes in Humanitarian Violence, different in name from the old imperialism but not so different in kind. In particular, she considers U.S. militarism—humanitarian militarism—during the Vietnam War, the Soviet-Afghan War, and the 1990s wars of secession in the former Yugoslavia.

What this book brings to light—through novels, travel narratives, photojournalism, films, news media, and political rhetoric—is in fact a system of postsocialist imperialism based on humanitarian ethics. In the fiction of the United States as a multicultural haven, which morally underwrites the nation’s equally brutal waging of war and making of peace, parts of the world are subject to the violence of U.S. power because they are portrayed to be homogeneous and racially, religiously, and sexually intolerant—and thus permanently in need of reform. The entangled notions of humanity and atrocity that follow from such mediations of war and crisis have refigured conceptions of racial and religious freedom in the post–Cold War era. The resulting cultural narratives, Atanasoski suggests, tend to racialize ideological differences—whereas previous forms of imperialism racialized bodies. In place of the European racial imperialism, U.S. settler colonialism, and pre–civil rights racial constructions that associated racial difference with a devaluing of nonwhite bodies, Humanitarian Violence identifies an emerging discourse of race that focuses on ideological and cultural differences and makes postsocialist and Islamic nations the potential targets of U.S. disciplining violence.

Transformation Now! Toward a Post-Oppositional Politics of Change 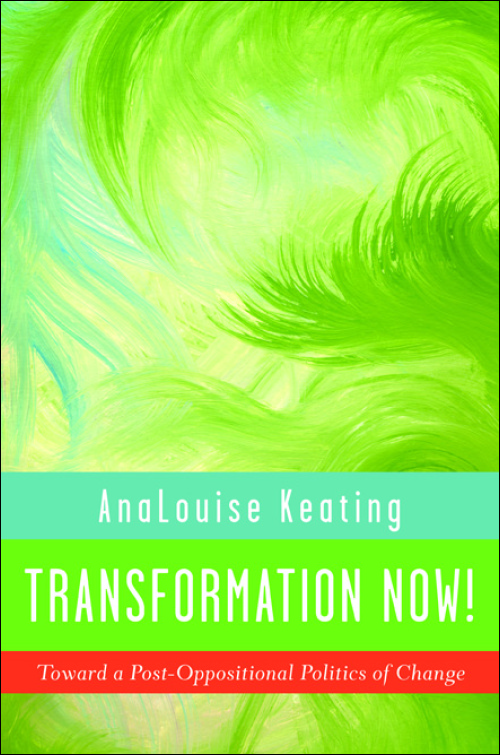 In this lively, thought-provoking study, AnaLouise Keating writes in the traditions of radical U.S. women-of-color feminist/womanist thought and queer studies, inviting us to transform how we think about identity, difference, social justice and social change, metaphysics, reading, and teaching. Through detailed investigations of women-of-color theories and writings, indigenous thought, and her own personal and pedagogical experiences, Keating develops transformative modes of engagement that move through oppositional approaches to embrace interconnectivity as a framework for identity formation, theorizing, social change, and the possibility of planetary citizenship. Considering a series of examples in which worlds collide because of race, class, gender, sexuality, belief, and other identifications, she explores how a post-oppositional approach yields unlikely yet fruitful dialogues and transformational possibilities. Speaking to the political, ethical, social, spiritual, intellectual, and pedagogical dimensions of contemporary scholarship, activism, and social justice work, Transformation Now! calls for and enacts innovative, radically inclusionary ways of reading, teaching, and communicating.

“AnaLouise Keating has presented us with what is perhaps the biggest innovation in critical theory in decades: a roadmap for moving beyond oppositional frameworks and the conflict/resistance-based models of social change and identity that they invariably produce. New vistas for deep and sustainable change open up on the heels of Transformation Now!“–Layli Maparyan, author of The Womanist Idea

Hegel and the Art of Negation 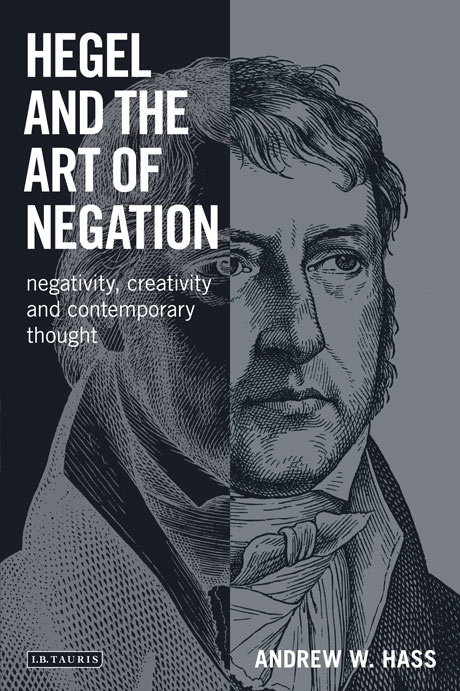 Why is the philosopher Hegel returning as a potent force in contemporary thinking? Why, after a long period when Hegel and his dialectics of history have seemed less compelling than they were for previous generations of philosophers, is study of Hegel again becoming important? Fashionably contemporary theorists like Francis Fukuyama and Slavoj Žižek, as well as radical theologians like Thomas Altizer, have all recently been influenced by Hegel, the philosopher whose philosophy seems somehow perennial – or, to borrow an idea from Nietzsche, eternally returning. Exploring this revival via the notion of ‘negation’ in Hegelian thought, and relating such negativity to sophisticated ideas about art and artistic creation, Andrew Hass argues that the notion of Hegelian negation moves us into an expansive territory where art, religion and philosophy may all be radically reconceived and broken open into new forms of philosophical expression. The implications of such a revived Hegelian philosophy are, the author argues, vast and current. Hegel thereby becomes the philosopher par excellence who can address vital issues in politics, economics, war and violence, leading to a new form of globalized ethics. Hass makes a bold and original contribution to religion, philosophy and the history of ideas. 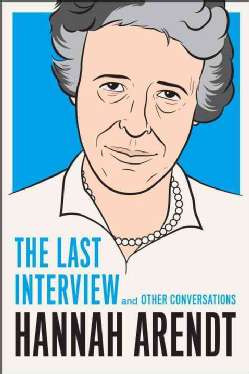 In these interviews—including her final interview given in October 1973, in the midst of Watergate and the Yom Kippur War—Hannah Arendt discusses politics, war, protest movements, the Eichmann trial, Jewish identity, and language with the incisiveness and courage that always set her apart. 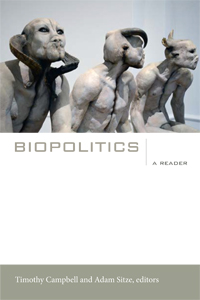 This anthology collects the texts that defined the concept of biopolitics, which has become so significant throughout the humanities and social sciences today. The far-reaching influence of the biopolitical—the relation of politics to life, or the state to the body—is not surprising given its centrality to matters such as healthcare, abortion, immigration, and the global distribution of essential medicines and medical technologies.

Michel Foucault gave new and unprecedented meaning to the term “biopolitics” in his 1976 essay “Right of Death and Power over Life.” In this anthology, that touchstone piece is followed by essays in which biopolitics is implicitly anticipated as a problem by Hannah Arendt and later altered, critiqued, deconstructed, and refined by major political and social theorists who explicitly engaged with Foucault’s ideas. By focusing on the concept of biopolitics, rather than applying it to specific events and phenomena, this Reader provides an enduring framework for assessing the central problematics of modern political thought.