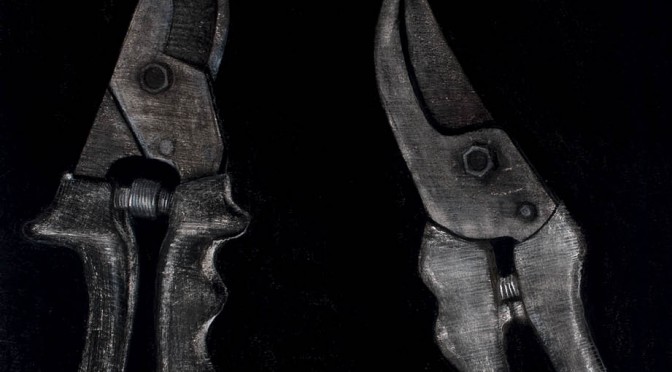 The ever-expanding revolution in open access publishing is not without its flaws (such as predatory publishers), but the Internet as a publishing platform does have the capacity to radically de-stabilize the stratifications which has kept academic material only in the hands of those with the capital to pay for it.

I was recently given an iPad. And while it has been collecting dust for a while now, I recently discovered Notability, an app designed for note-takers in a classroom setting. But the real beauty of this app is the feature that allows you to import PDFs. I have been resisting e-readers for a long time for the simple reason that it is hard, if not impossible, to earmark, highlight, and write in the margins of an e-book. At least, until Notability. So taking my first step into the modern age, I have been searching the Internet for reading material and thought that I would share the fruits of my labor. Here are the five best open access books that I have found so far.

Continental philosophy has entered a new period of ferment. The long deconstructionist era was followed with a period dominated by Deleuze, which has in turn evolved into a new situation still difficult to define. However, one common thread running through the new brand of continental positions is a renewed attention to materialist and realist options in philosophy. Among the current giants of this generation, this new focus takes numerous different and opposed forms. It might be hard to find many shared positions in the writings of Badiou, DeLanda, Laruelle, Latour, Stengers, and Zizek, but what is missing from their positions is an obsession with the critique of written texts. All of them elaborate a positive ontology, despite the incompatibility of their results. Meanwhile, the new generation of continental thinkers is pushing these trends still further, as seen in currents ranging from transcendental materialism to the London-based speculative realism movement to new revivals of Derrida. As indicated by the title The Speculative Turn, the new currents of continental philosophy depart from the text-centered hermeneutic models of the past and engage in daring speculations about the nature of reality itself. This anthology assembles authors, of several generations and numerous nationalities, who will be at the center of debate in continental philosophy for decades to come. Umbr(a) was one of the most important US theory journals of the 1990s and early 2000s, publishing work by some of the greatest philosophers, psychoanalysts and theorists of our era. In every regard, it was ahead of the curve – in content, design, and style – often introducing thinkers who have subsequently become globally influential. This anthology presents a selection of the very best of Umbr(a), including contributions from Joan Copjec, Sam Gillespie, Juliet Flower MacCannell , Charles Shepherdson, Russell Grigg, Alenka Zupancic, Slavoj Žižek,Mladen Dolar, Catherine Malabou, Tim Dean, Steven Miller, Dominiek Hoens, Petar Ramadanovic, Sigi Jöttkandt, Colette Soler, Jelica Sumic and A. Kiarina Kordela.

#3 The Democracy of Objects Since Kant, philosophy has been obsessed with epistemological questions pertaining to the relationship between mind and world and human access to objects. In The Democracy of Objects, Bryant proposes that we break with this tradition and once again initiate the project of ontology as first philosophy. Drawing on the object-oriented ontology of Graham Harman, as well as the thought of Roy Bhaskar, Gilles Deleuze, Niklas Luhman, Aristotle, Jacques Lacan, Bruno Latour and the developmental systems theorists, Bryant develops a realist ontology that he calls “onticology”. This ontology argues that being is composed entirely of objects, properties, and relations such that subjects themselves are a variant of objects. Drawing on the work of the systems theorists and cyberneticians, Bryant argues that objects are dynamic systems that relate to the world under conditions of operational closure. In this way, he is able to integrate the most vital discoveries of the anti-realists within a realist ontology that does justice to both the material and cultural. Onticology proposes a flat ontology where objects of all sorts and at different scales equally exist without being reducible to other objects and where there are no transcendent entities such as eternal essences outside of dynamic interactions among objects.

The noise factor is the ratio of signal to noise of an input signal to that of the output signal. Noise can block or interfere with the meaning of a message in both human and electronic communication. But in Information Theory, noise is still considered to be information.

By refining the definition of noise as that which addresses us outside of our preferred comfort zone, Joseph Nechvatal’s Immersion Into Noise investigates multiple aspects of cultural noise by applying the audio understanding of noise to the visual, architectural and cognitive domains. Nechvatal expands and extends our understanding of the function of cultural noise by taking the reader through the immersive and phenomenal aspects of noise into algorithmic and network contexts, beginning with his experience in the Abside of the Grotte de Lascaux.

Immersion Into Noise is intended as a conceptual handbook useful for the development of a personal-political-visionary art of noise. On a planet that is increasingly technologically linked and globally mediated, how might noises break and re-connect in distinctive and productive ways within practices located in the world of art and thought? That is the question Joseph Nechvatal explores in Immersion Into Noise.