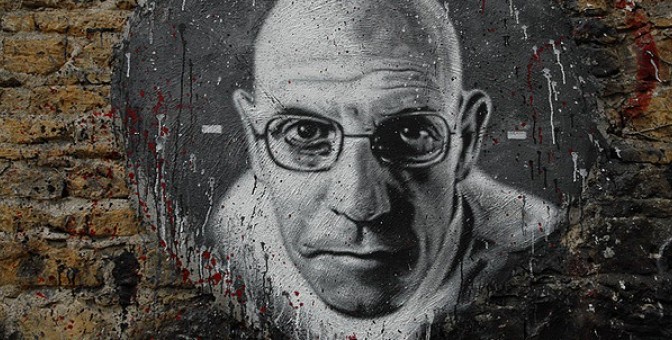 See the full call for papers below, or read it on the Foucault Madness website.

The Foucault Madness Conference is back for a second year! This year’s theme brings into critical light how current norms of cyber-based speech-acts create new technologies of selfhood.  Many early, and utopian, post-structural theorists of cyberspace, such as Donna Haraway (“A Cyborg Manifesto”), surmised that digital disembodiment might mean greater liberation from the categorizing limits of race, class, and gender.

However, recent events indicate that pure dis-embodiment has not been realized. In fact, the embodied world has been in a dialectical relationship with cyberspace.  This relationship is being manifested through varying and widespread occurrences: Gamergate, doxxing threats, the new men’s rights movements, thinspiration. As such, we understand that new forms of gendered aggression and violence are an interplay between both realms of the physical and cyber. In a Foucaultian sense, what are the effects of routing our increasingly post-biological identities into entirely observed data-spaces?

This conference seeks to understand which embodied notions of selfhood have been further re-inscribed through the uncritical participation in cloud-based, “big data” technologies; and, conversely, what are the possibilities for resistance in using these technologies to challenge hegemonic forms of embodiment? Thus, the conference theme recognizes the way that cyberspace is not about pure disembodiment at this point; cyberspace produces new regimes of truth, a third site, that directly affects “real life” corporeality.

We are seeking papers from Professors or experts in the field, graduate students, and advanced undergrads. Academic disciplines and methodologies across the humanities and social sciences may be used. Research questions may include, but are not limited to:

Please NOTE: The emphasis of this conference, apart from the conference theme and quality scholarship, is the role of mentorship and networking. As such, the panels will consist of a similar theme addressed by three speakers: (1) Professor, (2) Grad Student, and (3) Undergrad.

In the email body, please include your name, institutional affiliation, category for submission (professor, grad student, or undergrad) and email address.