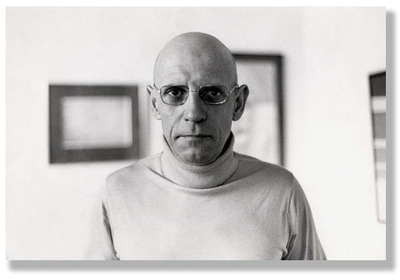 For those of you who have never used it, Reddit is a site where communities can get together to share links, ask questions, and anonymously troll their fellow Redditors with ease. One Reddit subcommunity in particular is /r/fuckingphilosophy which seeks out truth with a healthy dose of profanity. In that sense, they share many of Critical-Theory’s founding ideals. Most of it is borderline offensive, if not outright.

Still, /r/fuckingphilosophy does have some great moments, such as when user neoliberaldaschund responded to the question “aight, what be foucaldian?”

Aight, aight, aight. The question you’re asking is ‘What does foucauldian mean’, and the answer is, something that resembles Foucault’s thought, dumbass. But I ain’t gonna be no playa hater, I’mma let you in on the crunk this guy is on. Shit’s another fuckin’ level, hold on to yo’ hats. (By the way, you pronounce it ‘foo-coh’)

Foucault’s in the tradition of critical fuckin’ theory, or philosophy to shake some shit up. Makin’ better societies, man! In particular, he analyses what makes society run, and in particular, he’s talkin’ about how ‘normal’ gets made. Society requires order, and order requires norms.

First insight of Foucault is an idea summed by the phrase governmentality: whatever keeps you governed, and in particular, whatever keeps you governed without ever having to resort to force. So the media perpetuates the order of society as much as the police do, as much as even schools, children’s books, hell the shit on the back of the Golden Grahams box. Governmentality can cover big obvious shit like the concept of success, or it can even be small shit, like how you love to pop your pimples.

…Foucault be on some next level shit about how normal is even made! No matter what, reality is political. Your concep’chun of what normal is is the status quo! And the status quo is what keeps society moving. Everyone has a concept of normal, and this normal assumes that the entire arrangement of society should stay the same. That’s shit’s fucked, yo, especially in a democracy. You basically destined to sing the red white and blues since you were born. But how is normal made in the first place? You gotta take inside the look of Michel Foucault’s mental asylum…

In Michel Foucault’s Birth of the Asylum, he takes us through history to see how the way we treat our mentally disabled has changed. It used to be back in the dark ages, we would just lock crazy people up and beat the shit out of them if they got out of hand. That was the old days. Now the enlightenment comes along, fuckin’ fancy ass crackas gonna say “Now say here, ruffian guard, all men are graced with reason and good sense. If only we approach them with open ahhhhms and good sense, we can finally bring them back to Earth.” And that’s it. That establishes a whole new order based on reason, and care for the patient. This new order wants your mind, and wants to bring you back to ‘reality’, that is, the reality of the point of view of the owners of the asylum. And inverse-motherfucking-ly, being insane, knowing no gods nor masters nor coin nor flag, makes you a political and societal menace because you obey no rules. And yes, mother fucker, he really did just say that the only free people in a mental institution are the insane. Normal is made by people convincing you what normal is. Of course the mental institution always has security guards if you refuse their definition of reality. But reality is by itself political in nature.

Michel Foucault going off of this establishes another concept, biopower. Biopower refers to the new way of governing, which started in the enlightenment that somehow rulers had to take care of their citizens. It is now the job of government to provide a good life for its citizenship, as opposed to the old ways. The old ways ruled by might. The new ways work by uprooting your reality. And yes mother fucker, he’s comparing civilization to a mental asylum! And he’s still killin’ it!

Now I ain’t no Foucault scholar, if some true gangstas would elaborate on this heezy I would be much appreciated, homie.

*I have removed one particular profanity which

A) I am personally not comfortable publishing.

B) Would create a shitstorm in the comments about the politics of its use  concerning the authors intent, race, and other factors that I know nothing about.  For this reason, I have erred on the side of caution.