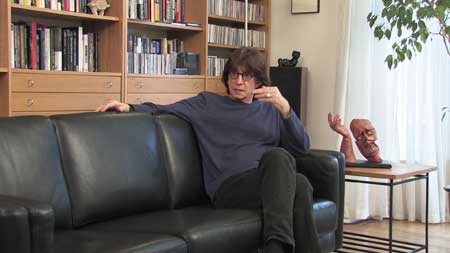 . The book is slated to be released in March by Paradigm Publishers.

Giroux argues in the introduction that a combination of debt and disposability have created a new form of statelessness:

Missing from both the dominant media and state and national politics is an attempt to critically engage the issues the protesters are raising, not to mention any attempt to dialogue with them over their strate­gies, tactics, and political concerns. That many young people have become “a new class of stateless individuals … cast into a threatening and faceless mass whose identities collapse into the language of debt, survival, and disposability” appears to have escaped the attention of the mainstream media

He goes on to place the Republican war on women into a larger narrative:

There is more at work here than a resurgent war on women and their children or “an insane bout of mass misogyny.”8 There is also a deep-seated religious and political authoritarianism that has become one of the fundamental pil­lars of what I call a neoliberal culture of cruelty. As the welfare state is hollowed out. a culture of compassion is replaced by a culture of violence, cruelty, waste, and disposability.

Although considerable coverage has been given in the pro­gressive media to the violence being waged against the Occupy protesters, these analyses rarely go far enough. I want to build on these critiques by arguing that it is important to situate the growing police violence within a broader set of categories that both enables a critical understanding of the underlying social, economic, and political forces at work in such assaults and al­lows us to reflect critically on the distinctiveness of the current historical period in which they are taking place. For example, it is difficult to address such state-sponsored violence against young people and the Occupy movement without analyzing the devolution of the social state and the corresponding rise of the warfare and punishing state

Henry Giroux is the Global TV Network Chair in English and Cultural Studies at McMaster University in Canada. The education journal Policy Futures in Education recently devoted an entire issue to his work on the neoliberalization of education.

You can read the full introduction of Youth in Revolt from Truthout.