If you’ve ever perused OKCupid and been sickened by the masses of bourgeois scum, you’ll be delighted to hear the latest innovation in anti-capitalist dating: OKComrade.

After the eviction of Occupy encampments across the country in late 2011 robbed many of a good place to schtoop in grimy tents, the radical scene has been in dire need of a place for radicals to engage in amorous relations.

OKComrade, currently only a Facebook page, encourages users to post pictures and a brief description of themselves.

There are a few rules: “No Sexism, no racism, no heterosexism, or transphobia.” But according to their Facebook page, you’re basically welcome to join so long as you aren’t “a dick.”

Of course, like most radical politics (and the rest of the world, I suppose), the page is woefully dominated by dudes.

One grown adult decided to stand out in the crowd by posting this: 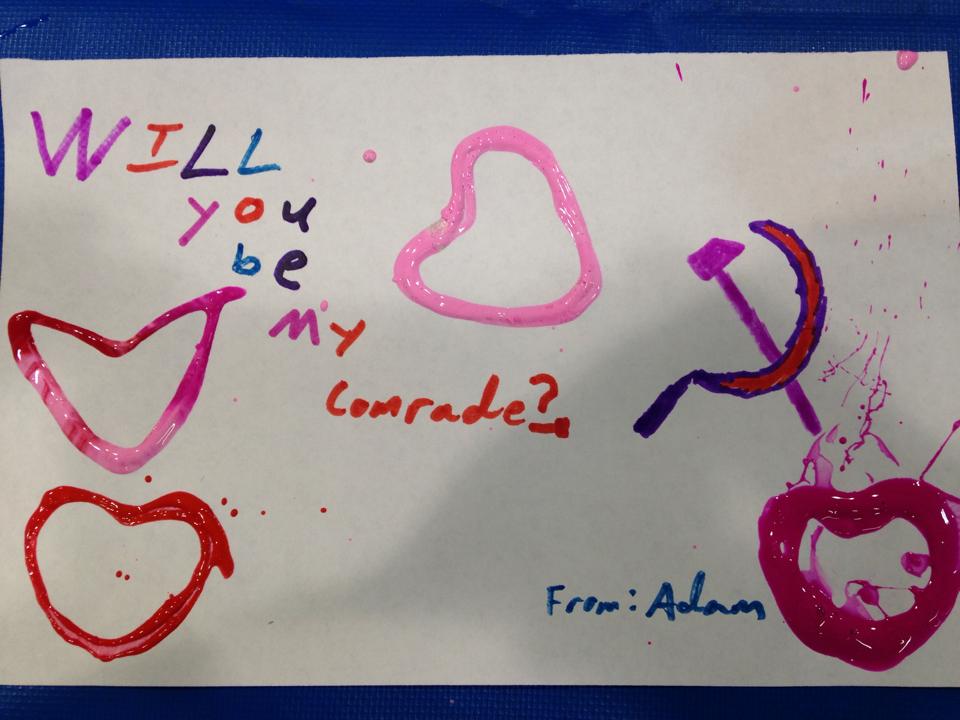 Fortunately, the site doesn’t get caught up in inter-leftist conflict: all brands of communists and anarchists are welcome.  Though let’s be honest, they’d probably be better off by banning anarcho-capitalists.

I am a 25 year old unemployed nihilist who refuses to perpetuate the repressive corporatist plutocracy by engaging in work or so-called “higher” education. Sadly, because of western propaganda, most people consider this existence to be “nonproductive”. And so I turn to the Internet to find my perfect match.

While the project is currently only on Facebook, the creator noted that they were currently working on a site and an app.

I suppose if you didn’t go to a university frequented by disillusioned anti-capitalist hipsters, OKComrade will prove to be an invaluable resource for meeting people.