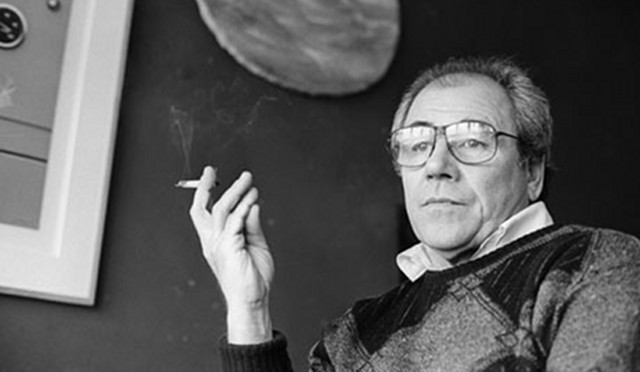 Jean Baudrillard, the French theorist of simulation, made his career by attacking the philosophical foundations of his peers.  From Marx, to Foucault, to the mainstream media,  whom he argued destroyed any semblance of reality left in the world. What are we to make of a news reel sponsored by Pizza Hut? He even criticized all those who dared to try to “change” the world, as the system thrives on spectacles of insubordination. Baudrillard seemed perfectly content to hate on anything and everything.

Nothing illustrates this better than a brief 2005 interview Baudrilard had with Deborah Solomon, published originally in the New York Times.

“[French theorists] gave Americans a language they did not need,” Baudrillard responds when asked about the prevalence of French theory in American academia. “It was like the Statue of Liberty. Nobody needs French theory.”

One may note the similarity with Noam Chomsky’s criticism of Jacques Lacan, who Chomsky claimed was “just posturing before the television cameras the way many Paris intellectuals do.”

Interestingly, when asked if he thought there were any “intellectuals” in America, Baudrillard notes the popularity of Susan Sontag and Noam Chomsky in French intellectual circles. “But that is just French chauvinism,” Baudrillard claimed, “We don’t pay attention to what comes from outside. We accept only what we invented.”

Baudrillard also mentioned that his friendship with Sontag deteriorated when she “blasted me for having denied that reality exists.”

The full interview can also be read here, and has been released as part of the book “Jean Baudrillard: From Hyperreality to Disappearance: Uncollected Interviews.”