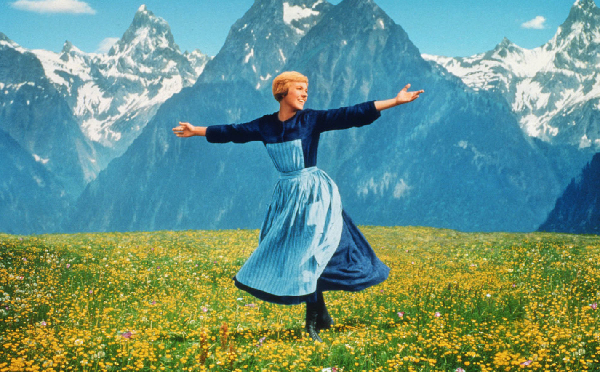 After the release of “The Sound of Music Live!,” what better time to dig up this Slavoj Zizek classic.

In this clip from “The Reality of the Virtual,” Zizek explains how “The Sound of Music,” an ostensibly anti-Nazi film, is really about the folksy Austrians resisting anti-semitic caricatures of cosmopolitans Jews. Wait, what?

“They [Austrians] are presented directly as anti-intellectual, rooted in narrow life work and so on. Now look at how the occupying invading Nazis are represented. They are not mostly soldiers, but managers, bureaucrats, exquisitely dressed, with short mustaches, smoking expensive cigarettes and so on. In other words, almost a caricature of cosmopolitan decadent, corrupted Jews.

The real message to be dug up, for Zizek, is “honest fascists resisting decadent Jewish cosmopolitan takeover.” This may be why the movie was so extremely popular,  he argues, because it “addresses our secret fascist dreams.”

It’s an interesting assertion, considering most of the people who created the original musical were Jewish.