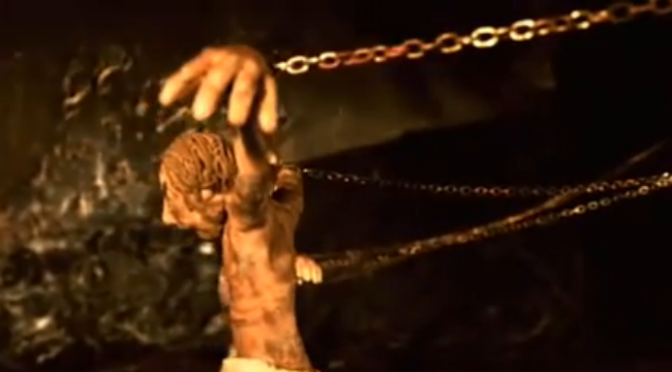 The Allegory of the Cave—also known as the Analogy of the Cave, Plato’s Cave, or the Parable of the Cave—is presented by the Greek philosopher Plato in his work The Republic (514a-520a) to compare “..the effect of education and the lack of it on our nature.” It is written as a dialogue between Plato’s brother Glaucon and his mentor Socrates, narrated by the latter. The Allegory of the Cave is presented after the metaphor of the sun (508b–509c) and the analogy of the divided line (509d–513e). All three are characterized in relation to dialectic at the end of Book VII and VIII (531d–534e).

Plato has Socrates describe a gathering of people who have lived chained to the wall of a cave all of their lives, facing a blank wall. The people watch shadows projected on the wall by things passing in front of a fire behind them, and begin to ascribe forms to these shadows. According to Plato’s Socrates, the shadows are as close as the prisoners get to viewing reality. He then explains how the philosopher is like a prisoner who is freed from the cave and comes to understand that the shadows on the wall do not make up reality at all, as he can perceive the true form of reality rather than the mere shadows seen by the prisoners.

The Allegory may be related to Plato’s Theory of Forms, according to which the “Forms” (or “Ideas“), and not the material world of change known to us through sensation, possess the highest and most fundamental kind of reality. Only knowledge of the Forms constitutes real knowledge.[1] In addition, the Allegory of the Cave is an attempt to explain the philosopher’s place in society: to attempt to enlighten the “prisoners.”

Plato’s Phaedo contains similar imagery to that of the Allegory of the Cave; a philosopher recognizes that before philosophy, his soul was “a veritable prisoner fast bound within his body… and that instead of investigating reality by itself and in itself it is compelled to peer through the bars of its prison.”[2]