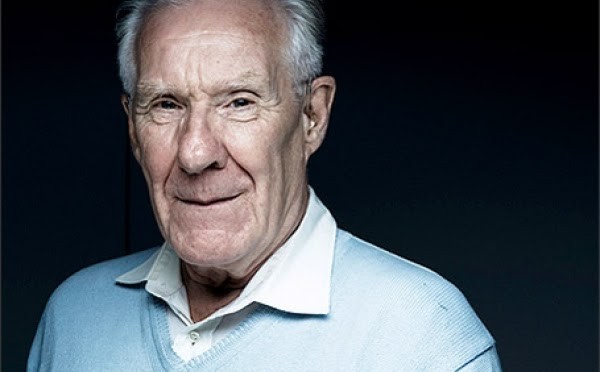 In this video, Alain Badiou and Joe Litvak perform a scene from “Ahmed the Philosopher” about a curmudgeonly French demon who takes joy in informing for the police.

I also can’t mention enough that Badiou claims to be writing a screenplay for the life of Plato and hopes to enroll Sean Connery and Brad Pitt. Seriously.

Filmed in 2011 in Germany, Badiou plays the part of the demon, with Litvak playing the role of Ahmed the Philosopher. Badiou’s character is a recluse who spends his days writing letters to the French authorities about suspected criminals. The demon fancies himself a proper Frenchman – to which Badiou accompanies every reference with a pompous slicking of his hair.

In this scene, Ahmed the Philosopher attracts the attention of the demon, whom he suspects is an illegal Arab immigrant. In other words, Badiou plays a French Clint Eastwood.

This scene, entitled “Terror,” serves as a commentary on French xenophobia towards Arab immigrants. Badiou at one point also draws reference to Nazi-occupied France, a sort of “good old days” for Badiou’s callous character.