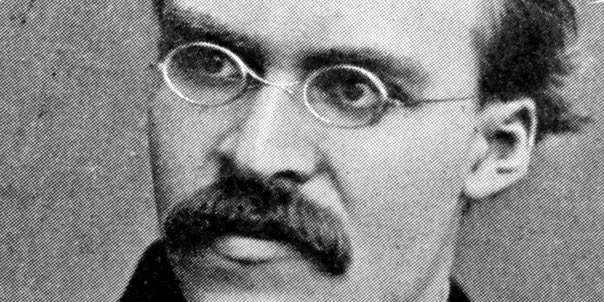 Friedrich Nietzsche showed an interest in music from a young age, composing pieces for piano, orchestras and choirs. In his teens, he spent his summers leading “a small music and literature club named ‘Germania,'” and was exposed to Richard Wagner’s music through it.

Above is Nietzsche’s “Manfred Meditation,” a piano piece written for four hands. It is also subject to one of the most scathing reviews Nietzsche ever received in his lifetime.

Nietzsche, in his philosophical work, frequently invoked music and art. He famously declared that “Without music life would be a mistake,” in Twilight of the Idols. Later in his life, he wrote “The Case of Wagner,” a piece of music criticism.

Much of Nietzsche’s music compositions have since been performed, recorded and distributed online. That includes the complete array of his piano works performed by Michael Krucker and another compilation that includes his choral pieces and piano pieces performed by Lauretta Altman.

Most of the music was written between the ages of 13 and 22. If you have Spotify, you can listen below, although much of it is also available on YouTube.

But Nietzsche wasn’t without critics, after sending one of his pieces (in the video above) to celebrated composer Hans von Bulow, he received this damning and cruel criticism:

It should be noted, that Bulow knew very well who Nietzsche was. In the beginning of the letter he praises him as a “scholar of creative genius.” Nietzsche continued a friendly letter exchange with Bulow after the fact and apologized “for his alleged musical crime,” according to Alex Ross.