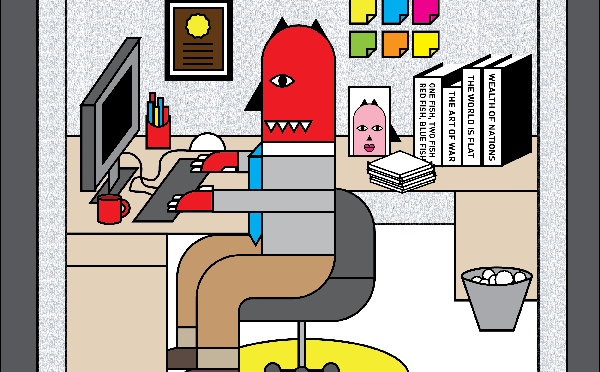 According to a study performed by professors Armin Falk and Nora Szech of the universities of Bonn and Bamburg, markets lead individuals to devalue their moral standards to profit on the pain of third parties.

When participants were asked to save the life of a mouse or kill it for money, the percent of participants that decided “I’m an evil monster that will kill a mouse for a few bucks” rose drastically when they entered a “market” environment instead of a one-on-one “hey bro! do you want this mouse to die?” negotiation. In fact, the participants would let the mice die for even cheaper in a market environment, proving once and for all that capitalism really does provide always low prices.

If the subject decides the mouse lives, the actual researchers buy the mouse, but if they don’t, they do not buy it and it is killed. The researchers used an individual condition as the control, in which the individual could make a moral decision about the life of the mouse. This was tested against the market condition in which the individual could trade mouse lives for money with other subjects, winning an award for creepiest test ever. In the market condition the number of mice killed rose dramatically (36%). One of the researchers, Nora Szech, explains, “In markets, people face several mechanisms that may lower their feelings of guilt and responsibility.”

#2 Taking an economics class will turn you into an asshole

A study performed by professors Long Wang, Deepak Malhotra, and Keith Murnighan uses several tests to argue that taking economics courses makes you react more positively to statements of self-interests and actions of greed. One test involved reading statements positive about self-interests by figures such as Adam Smith, ones neutral on the question, and ones which treated self-interest- negatively.

Participants then played the “dictator game,” which despite its name does not avoid receiving massive subsidies of the CIA. In this game, the “dictator” is given an amount of money and they may or may not share some of it with a second participant. Unlike the ultimatum game, the dictator faces no repercussions for being a greedy dick, and have no economic rational for not keeping all of the moeny. Those who were primed with the scions of capitalism like Adam Smith approved much more frequently of greedy actions.

On the upside, you can now claim being passed out in your Econ 101 class was a public service.

#3 Being wealthy encourages people to lie, cheat and steal candy from children

Rich assholes rejoice, it’s not your fault! Now you can join the ranks of  Notorious B.I.G. and blame money for your first world problems. That is, after you scared them all away by your wealth-induced rampage of douchebaggery.

Paul Piff, a PH.D Candidate at the University of California, Berkeley, created a study to test whether wealth increased your moral standards, or decreased them. It took him seven studies and a financial recession to figure out the answer is, emphatically, no. He argues that as you become rich, you become more self-focused, and lose sight of the common folk, likely because the boots with which you push his face into the ground tend to obscure your view. Further experiments determined that those who are wealthier are more likely to run red lights and to take candy from children. While the latter sounds (and is) a tad hyperbolic, the actual design of the study was that individuals of higher and lower income were given a jar of candy which would go to children in the next room, but they could take as much as they wanted beforehand. Those wealthier individuals took more candy, leaving less for the hypothetical children.

Given the immutable laws of the market, apparently the candy will trickle-down to everyone’s benefit. After our corporate overlords shit them out, of course.