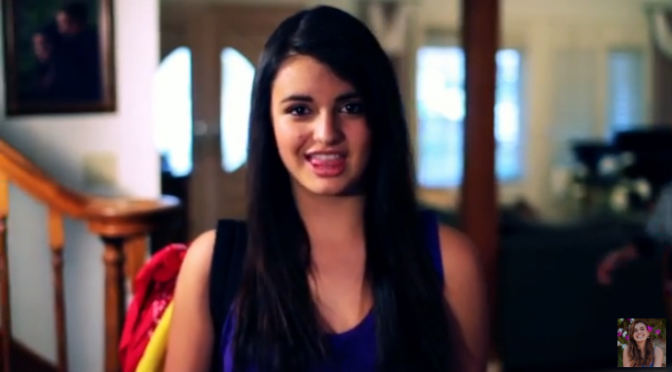 Noam Chomsky, in his now-infamous interview from last December, declared that the works of critical theorists such as Slavoj Zizek and Jacques Lacan were guilty of meaningless theories dressed up in fancy words.  Chomsky offered a litmus test: whether or not these theories could be explained to a 12-year-old in five minutes. Of course, the claim is from the start ridiculous in light of a man who literally explains his theories in terms of children’s movies.

Now, a video emerged on this blog where a father explains Zizek to his young daughter in terms perfectly intelligible to a tween: Rebecca Black’s magnus opus “Friday.”

The video is the work of Douglas Lain, an author and host of the philosophy podcast Diet Soap. His daughter isn’t necessarily 12, but close enough, right?