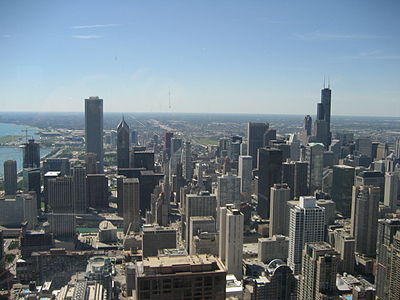 Shimer College,  a small liberal arts university of about 100 students in Chicago, is now offering any of its classes for free to anybody above the age of 60. Shimer’s curriculum certainly isn’t expansive given the size of the school, but they pack tons of classes filled with familiar names such as Karl Marx, Hannah Arendt (The Human Condition), Paulo Freire (Pedagogy of the Oppressed), Michel Foucault (Discipline and Punish), W.E.B. Dubois (Souls of Black Folks), Friedrich Nietzsche (Beyond Good & Evil) and many more. You can check out their curriculum (specifically the Humanities and Social Sciences sections) for more.

From the Chicago Tribune:

Shimer College, a small undergraduate school in Chicago dedicated to a traditional liberal arts curriculum, is opening its courses for free to anyone at least 60 years old.

Senior citizens are welcome to join any class with an open seat. Registration will be Monday and Tuesday, and classes begin Wednesday.

There are only about 100 students at Shimer, which focuses on developing students’ critical thinking and communication skills through a Great Books program that includes reading Shakespeare, Kafka, Marx, Einstein and Nietzsche. The traditional academic curriculum remains at only a few colleges nationwide.

“One of the things that is important to make that happen is to have a lot of different perspectives in the classroom,” said Shimer spokeswoman Isabella Winkler. “It is always valuable to have generational differences. We wanted to open the classes to senior residents who might have a desire to get involved in this sort of conversation. It would benefit our students as well.”

There are never more than 12 students in a class, Winkler said. Seniors can register for any of the core courses in humanities, natural science and social science that have spaces available, as well as several elective courses, including The Rumi and Sufi Tradition and The Dark Side of Evolution.

Fliers promoting the new program, called [email protected], have been posted in assisted living centers in the city, Winkler said. She said some of the course titles were intentionally mysterious.