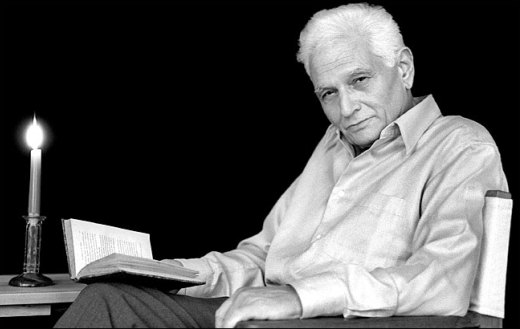 In 1996, Alan Sokal, a physicist at NYU, decided to troll postmodernism by submitting a paper to a well-regarded journal that was complete and utter bullshit. The paper argued that quantum gravity was a social construct. After the article was published, Sokal revealed his ruse and argued that academia was overtaken by a bunch of postmodern scholars who were critical of science, despite the fact that they had no idea what they were talking about.

But the “magic bullet” Sokal delivered to postmodernism was really anything but. Social Text, the journal it was published in, was not peer reviewed at the time, and no external physicists were consulted about the articles finding. In fact, Sokal refused to make any edits suggested by the journal. In other words, all Sokal proved was that peer review is necessary to fend off shoddy research and the academic equivalent of Punk’d.

Of course, that hasn’t stopped critics of postmodernism for flatly rejecting everything they consider “postmodern,” often conflating Derrida, Foucault, Lacan, Deleuze and others as if they fit neatly into the same academic category.

Derrida, who was frequently targeted by the fallout of the Sokal Affair, responded in  French newspaper Le Monde.

The following English translation was posted on Reddit, and was sourced to the  2005 book “Paper Machines.”

Le Monde asks for my comments on Alan Sokal and Jean Bricmont’s book Impostures intellectuelles, although they consider that I am much less badly treated in it than some other French thinkers. Here is my response:

This is all rather sad, don’t you think? For poor Sokal, to begin with. His name remains linked to a hoax—”the Sokal hoax,” as they say in the United States—and not to scientific work. Sad too because the chance of serious reflection seems to have been ruined, at least in a broad public forum that deserves better.

It would have been interesting to make a scrupulous study of the so-called scientific “metaphors”—their role, their status, their effects in the discourses that are under attack. Not only in the case of “the French”! and not only in the case of these French writers! That would have required that a certain number of difficult discourses be read seriously, in terms of their theoretical effects and strategies. That was not done.

As to my modest “case,” since you make a point of mentioning that I was “much less badly treated” than some others, this is even more ridiculous, not to say weird. In the United States, at the beginning of the imposture, after Sokal had sent his hoax article to Social Text, I was initially one of the favorite targets, particularly in the newspapers (there’s a lot I could say about this). Because they had to do their utmost, at any cost, on the spot, to discredit what is considered the exorbitant and cumbersome “credit” of a foreign professor. And the entire operation was based on the few words of an off-the-cuff response in a conference that took place more than thirty years ago (in 1966!), and in which I was picking up the terms of a question that had been asked by Jean Hyppolite.1 Nothing else, absolutely nothing! And what is more, my response was not easy to attack.

Plenty of scientists pointed this out to the practical joker in publications that are available in the United States, and Sokal and Bricmont seem to recognize this now in the French version of their book—though what contortions this involves. If this brief remark had been open to question, something I would willingly have agreed to consider, that would still have had to be demonstrated and its consequences for my lecture discussed. This was not done.

I am always sparing and prudent in the use of scientific references, and I have written about this issue on more than one occasion. Explicitly. The numerous places where I do speak, and speak precisely, about the un-decidable, for instance, or even about Godel’s theorem, have not been referenced or visited by the censors. There is every reason to think that they have not read what they should have read to measure the extent of these difficulties. Presumably they couldn’t. At any rate they haven’t done it.

One of the falsifications that most shocked me consists in their saying now that they have never had anything against me (cf. Liberation, October 19, 1997: “Fleury and Limet accuse us of unjustly attacking Derrida. But no such attack exists”). Now they are hastily classifying me on the list of authors they spared (“Famous thinkers like Althusser, Barthes, Derrida, and Foucault are mainly absent from our book”). This article in Liberation is a translation of an article in the Times Literary Supplement, where my name, and only mine, was opportunely omitted from the same list. In fact this is the sole difference between the two versions. So in France, Sokal and Bricmont added my name to the list of honorable philosophers at the last minute, as a response to embarrassing objections. Context and tactics obligeni More opportunism! These people aren’t serious.

As for the “relativism” they are supposed to be worried about—well, even if this word has a rigorous philosophical meaning, there’s not a trace of it in my writing. Nor of a critique of Reason and the Enlightenment. Quite the contrary. But what I do take more seriously is the wider context—the American context and the political context—that we can’t begin to approach here, given the limits of space: and also the theoretical issues that have been so badly dealt with.

These debates have a complex history: libraries full of epistemological works! Before setting up a contrast between the savants, the experts, and the others, they divide up the field of science itself. And the field of philosophical thought. Sometimes, for fun, I also take seriously the symptoms of a campaign, or even of a hunt, in which badly trained horsemen sometimes have trouble identifying the prey. And initially the field. (emphasis mine -ed)

What interest is involved for those who launched this operation in a particular academic world and, often very close to that, in publishing or the press? For instance, a news weekly printed two images of me (a photo and a caricature) to illustrate a whole “dossier” in which my name did not appear once! Is that serious? Is it decent? In whose interest was it to go for a quick practical joke rather than taking part in the work which, sadly, it replaced? This work has been going on for a long time and will continue elsewhere and differently, I hope, and with dignity: at the level of the issues involved.