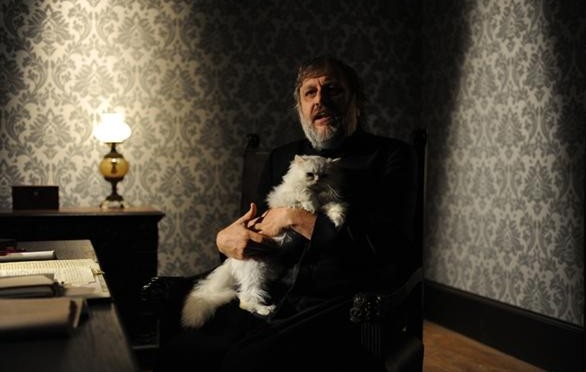 Slavoj Zizek fans and haters can finally agree on something: he probably doesn’t like any of you.

Zizek has always been vocal about his general disdain for students and humanity writ large. He once admitted in 2008 that seeing stupid people happy makes him depressed, before describing teaching as the worst job he has ever had.

“I hate students,” he said, “they are (as all people) mostly stupid and boring.”

In a recent interview at this year’s Zizek Conference in Ohio, Zizek talked about his personal life before delving into his thoughts on teaching.

“I did teach a class here [at the University of Cincinnati] and all of the grading was pure bluff,” he continues. “I even told students at the New School for example… if you don’t give me any of your shitty papers, you get an A. If you give me a paper I may read it and not like it and you can get a lower grade.” He received no papers that semester.

But it’s office hours that are the main reason he does not want to teach.

“I can’t imagine a worse experience than some idiot comes there and starts to ask you questions, which is still tolerable. The problem is that here in the United States students tend to be so open that sooner or later, if you’re kind to them, they even start to ask you personal questions [about] private problems… What should I tell them?”

“I don’t care,” he continued. “Kill yourself. It’s not my problem,”

On a personal note, I was once told at the New School by a senior faculty member that Zizek would fill up his sign-up sheet for office hours with fake names to avoid student contact. I still wonder if that story is true, but now it doesn’t seem so out of character.