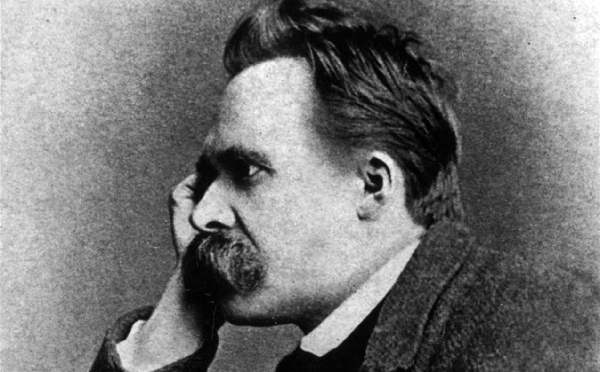 A club celebrating the philosophy of Friedrich Nietzsche has been banned from the University College London for promoting fascist ideology. A union motion, passed earlier this year, recently went into effect.

This may quickly draw ire from Nietzsche fans, as the German philosopher is often mistakenly associated with Nazi ideology. Nietzsche, who was a critic of anti-Semitism, was the victim of a posthumous campaign by his sister to manipulate his work to appeal to the then-rising German Nazi Party.

However, it seems the UCL Nietzsche Club is in fact celebrating that manipulated, racist, legacy. The official university motion accuses the group of promoting “far-right” and “fascist” ideologies.

One poster for the group  read: “Too much political correctness? Student club about traditionalist art and philosophy (Benoist, Heidegger, Evola). Interested? [email protected]” Another read: “Equality is a false god.”

Alain de Benoist, was a French philosopher credited with founding the New Right and deeply opposes multiculturalism. He prefers instead a kind of “separate but equal” approach to civilization.

The motion to ban the group, passed earlier this year,  also cites the group’s connections to Traditional Britain, a right-wing organization, as a cause for concern. The Nietzsche Club, before being renamed, was called “Traditional UCL.”

A UCL Twitter account clarified that the group was not “technically banned,” but could not be affiliated with the school. The resolution, however, prevents the group from publicizing their group in UCL buildings and from holding events on campus.

UCL, the Daily Beast notes, has banned plenty of other items on campus.

Tom Slater, whose “Free Speech Now!” campaign calls for open dialogue on campuses, said the Nietzsche Club had joined an increasingly absurd list of objects, people, and pop songs banned from colleges. “In the U.K. over the past year alone, we’ve seen everything from Robin Thicke’s ‘Blurred Lines’ to tabloid newspapers like The Sun and The Daily Star banned by scores of student unions on just as tenuous grounds,” he said.

But while banning groups that promote racism is one thing, one has to wonder if this sort of intervention could set a precedent for other groups looking to celebrate thinkers like Nietzsche in a different way.

The motion lumped together Nietzsche, Heidegger, Benoist, and Evola and called them  philosophers of the “extreme right.” That’s problematic in a world where Nietzsche and Heidegger, for instance, have been an inspiration many leftist thinkers and politics. Heidegger, for instance, is a major influence of Jacques Derrida, a French Jew and outspoken critic of anti-Semitism. Nietzsche is widely utilized by a variety of thinkers such as Gilles Deleuze and Michel Foucault, the latter a vocal critic of prisons and the medicalization of homosexuality.