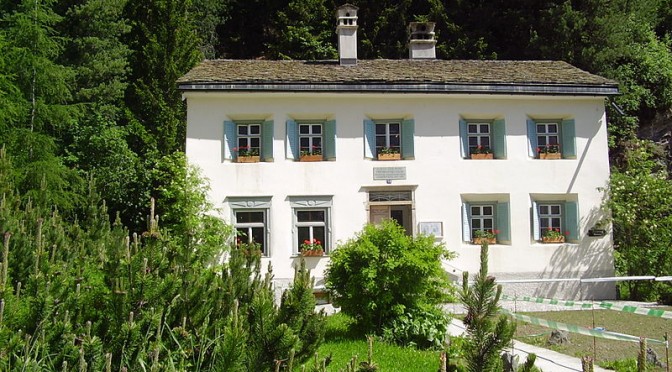 Martin Heidegger, much like his modern day counterpart Ted Kaczynski, liked to write his manifestos in a secluded forest. But unlike Kaczynski, Heidegger only produced truth bombs in his Black Forest hut.

Heidegger found the secluded forest conducive to theorizing being.

It played such a role in his work that some bro even decided to write a whole book about “the hut.”