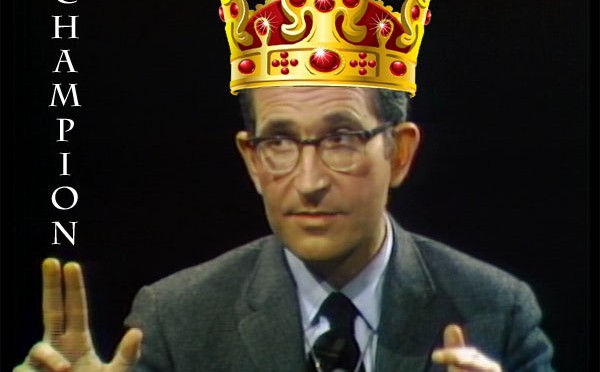 In the finals, Noam Chomsky battled it out with Adam Smith to win the title of most overrated philosopher.  While Smith is mostly known for his economic work, he is also widely read for his moral philosophy.

And while Noam Chomsky is predominantly a political commentaror and linguist, Chomsky’s contributions to philosophy are notable. Besides his debate with Michel Foucault on human nature, and his criticism of positivism in philosophy. He has also been a fierce critic of continental philosophy and psychoanalysts like Jacques Lacan and Slavoj Zizek.