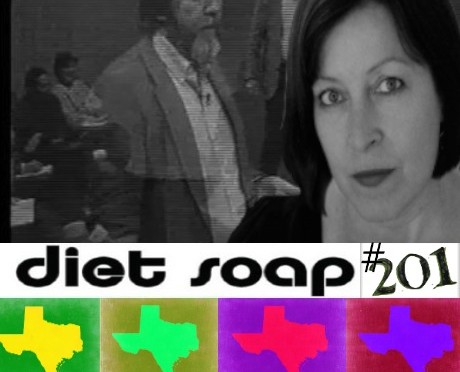 The guest on Diet Soap this week is the professor and philosopher Noelle Mcafee. She discusses her friendship with the late Rick Roderick and her book “Democracy and the Political Unconscious.”

Rick Roderick was a philosophy professor at Duke University and a lecturer for the series of college-level audio and video courses now known as The Great Courses but then known as The Teaching Company series.

Noelle Mcafee’s book, “Democracy and the Political Unconscious”, was published by Columbia University Press. In it she argues that, after 9/11, the War on Terror amounted to a repetition compulsion.