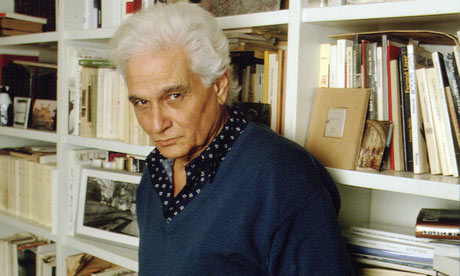 A New York Review of Books  review of Derrida: A Biography

published on March 25 contains several great nuggets from the live of Jacques Derrida. Namely,  the general disappointment among Derrida’s professors and his bouts with depression.

Derrida failed his exam for his license in philosophy. Yes, that’s how seriously the French take their thinking, you need a license for it.

He was awarded a dismal 5 out of 20 on his qualifying exam for a license in philosophy. “The answers are brilliant in the very same way that they are obscure,” the examiner wrote, encapsulating a sentiment about Derrida’s work that has since become a commonplace:

An exercise in virtuosity, with undeniable intelligence, but with no particular relation to the history of philosophy….Can come back when he is prepared to accept the rules and not invent where he needs to be better informed.

And during another exam where Derrida was asked to explain some simple philosophical concepts, he went all deconstruction on his professors to their dismay:

The jurors were unimpressed. “Look, this text is quite simple,” one complained. “You’ve simply made it more complicated and laden with meaning by adding ideas of your own.”

Read the full article at The New York Review of Books