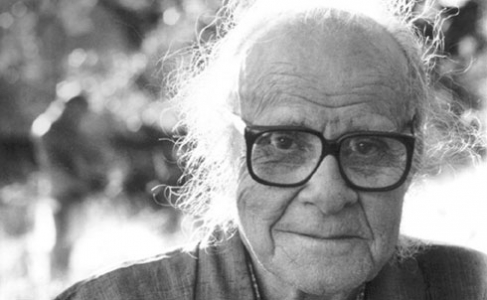 Marxism, the Communist Party and other affiliated political movements often get derided for a history of being super shitty to women and the LGBTQ community. The American Communist Party during the 1960s still did not allow homosexual members among it’s ranks. The rational, it was claimed (and identical to that of the US government), was that homosexuals could be blackmailed into betraying the party.

But still, there is a rich history within communist movements of LGBTQ activists who fought for both class equality and sexual liberation. Harry Hay is one such example.

Norma Markowitz recently took to Political Affairs to recount the life and struggles of Hay. Hay was deeply involved with the American Communist Party, despite their indifference to the plight of the LGBTQ community.

He had reached a point, however, where he saw his work as first and foremost the struggle for gay liberation, which, as a Communist, he identified with the struggles of oppressed people throughout the world.  With the defeat of fascism and the collapse of colonialism, he saw a new opening and a huge increase in the possibility of gay liberation.  The Communist Party leadership in California respected his great contributions to the people’s struggle, but because of the dominant ideology across the political spectrum, the CPUSA, like all other groups, would not accept open homosexuals as party members. But Hay was now committed to being both a Communist activist, as he had been for the greater part of two decades, and an openly homosexual activist.

Hay eventually moved on from the Communist Party proper to organize for other radical gay rights organizations, such as the Mattachine Society. Originally founded with radical communist leanings, the group was eventually overtaken by new members with an assimilationist agenda.

However, Harry Hay and the Mattachine Society’s Communist and left leadership found themselves, by the mid-1950s, the victims of the kind of internal red-baiting that had devastated trade unions and all kinds of mass people’s organizations during the Cold War period.  Gays who sought acceptance within the existing system – the opposite of everything Harry and his comrades stood for – took over the Mattachine Society and turned it into an organization of proper men in suits and ties, holding forums with homophobes and centrists and engaging in very tame actions to seek greater “toleration” for gays. When the mass gay liberation movement took shape after the Stonewall Gay Ghetto Riot of 1969, the Mattachine Society was considered by many gay activists to be an artifact with establishment pretensions, something like a conservative AFL business union to labor militants, or the National Urban League to Black militants.  Its early crucial history was largely unknown.

And of course, all of this landed Hay in the spotlight of the House Un-American Activities Committee.

Harry Hay never stopped fighting for Gay Liberation, using the Leninist tactics and strategies that he had first learned in the 1930s — the building of effective organizations as part of a broad, inclusive Peoples’ Front to advance the struggle.  Called before the House Un-American Activities Committee (HUAC) in 1955 (one should remember that homophobia was cultivated by McCarthyites as a companion to their generic red-baiting), he stood up to the committee, treating them with the contempt they richly deserved, although he felt bitter that it was difficult to get Left attorneys to represent him because of his open homosexuality.