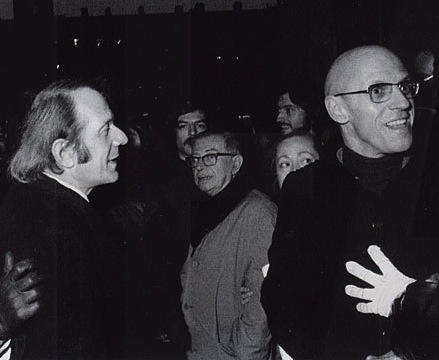 Settling academic pissing matches is one of the most pressing matters of our day. After all, are you on Team Chomsky or Team Zizek?

We’ve looked into this sort of dispute before by utilizing Google auto-complete. Another technique, which measures author citations, declared Marx to be the most influential scholar of all time.

Google’s Ngram viewer is different all together. It displays the frequency of a word or phrase as a percentage of all equivalent “ngrams.” So, searching for a bi-gram (consisting of two words, e.g., Karl Marx) will return the frequency of that bi-gram in relation to all bi-grams in Google’s database of books.  Google’s Ngram viewer maps these trends over time, so you can find historical usage of terms and phrases.

Of course, we decided to use Google Ngram to decide when and how philosophers came to be more popular than others. Here’s what we learned.

Do you have any interesting Ngram finds? Post them in the comments.

1989 was the exact year Foucault became more popular than Sartre in English, it would take him another year to surpass Heidegger

This occurred five years after Foucault’s death and 3 years after the English publication of the third volume of The History of Sexuality.