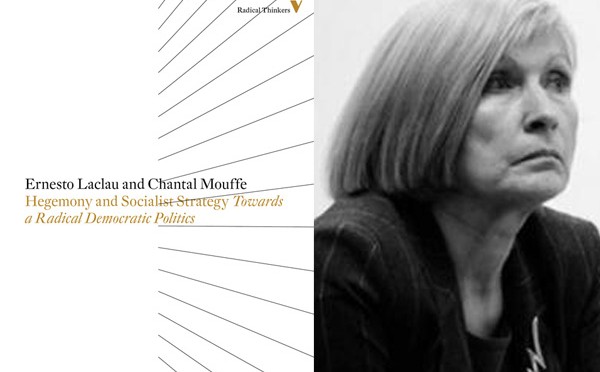 This excerpt is from the book “Hegemony and Socialist Strategy” by Ernesto Laclau and Chantal Mouffe, in a chapter titled “Hegemony: The Geneology of a Concept.”

Originally published in 1985, the book has be re-released as part of Verso’s Radical Thinkers Set 8.

In this hugely influential book, Laclau and Mouffe examine the workings of hegemony and contemporary social struggles, and their significance for democratic theory. With the emergence of new social and political identities, and the frequent attacks on Left theory for its essentialist underpinnings, Hegemony and Socialist Strategy remains as relevant as ever, positing a much-needed antidote against ‘Third Way’ attempts to overcome the antagonism between Left and Right.

You can enter to win this books and others from Verso’s Radical Thinkers Set 8 here. Hurry up, because the giveaway is ending in 2 days.

Also check out our other excerpts from the Radical Thinkers series here.