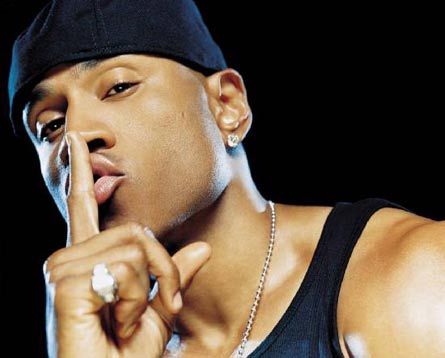 Are you a white (wo)man that cringes in fear when you encounter a black man in a doo-rag? Do you even know what a doo-rag is?Or, are you a black (wo)man encountering the confederate flag decorating the back of a big red pickup truck—your mouth filling with the metallic mix of fear and disgust? Well, according to LL Cool Jay and Brad Paisley’s New Song , all this fear, racism, and ignorance is just a byproduct of a little misunderstanding. Your fear of white people might just be ignorant intolerance of southern pride and values. Even better, your intolerance of black people can be fixed by accepting that black men wear doo-rags and bling!

The song’s release left the internet a little lopsided. The outrage from news media outlets could be heard and read before the song had really hit the airwaves. Smart people wondered how two celebrity men with loads of money could rap/sing this:

They also wondered how LL Cool Jay, a black man and Republican living in America, could possibly get behind this message. I wondered why we thought they wouldn’t or couldn’t.

Racism, the systematic oppression of people of color, is well known to be pervasive in the socio-political structure of this culture. Precisely because of this pervasiveness, our education system leans towards not teaching the history of America appropriately or accurately. In “Accidental Racist”, Brad Paisley speaks of his southern pride as if Jim Crow never happened, or the Civil Rights era isn’t just 60 years in the past. These men are ignorant, privileged, misinformed about history and they attempted to give solutions to a very historical problem. The outrage about these simple lyrics seemed misguided. I grew up with lots of people who felt the same way LL and Paisley do.  I still know people who believe that racism is just a matter of forgetting about it. Why were people, very smart people, acting like they had never heard this message before? Why were smart people acting more outraged over a simple song then over the education system that obviously fucked up Brad Paisley and LL Cool J’s minds. Why did the buck stop with them and not the music company that believed the song was fit for release and a market existed for it in the public?

Then, Fanon came to mind. Fanon talks a lot about the education of young children, both black and white, in Black Skin, White Masks

. He points out that white people are instructed that their skin color, and its whiteness, is a byproduct of perceived internal purity and goodness. He delves into how black people, he mostly focuses on black men, develop identities to align with white ideals. He points out that most people of color, in his time and I would argue in our century as well, receive instructions on how to develop said identities from stories, television programs and an educational system that spells out—white is right.  Fanon writes,

“The black schoolboy in the Antilles, who in his lessons is forever talking about “our ancestors, the Gauls,” identifies himself with the explorer, the bringer of civilization, the white man who carries truth to savages—an all-white truth. There is identification—that is, the young Negro subjectively adopts a white man’s attitude. He invests the hero, who is white, with all his own aggression…”

We have Paisley who doesn’t really believe that white people have ever done anything malicious. He is working on the myth of the gentle white racist. Then, we have LL, a black man of means, who developed an identity (masculinity) along racial lines that teaches him that his achievements/rightness are because he might actually be white—on the inside. We are all the same (white inside) if we are good and moral and make loads of money.

Why are we surprised that he also has a reductive understanding of racism? Commentary stressed the fact that LL Cool J, as a black man, should have known better. But, as Fanon points out, blackness is a classification of the other. When trying to thrive in a society that privileges whiteness as good, right, and beautiful, you don’t grow up wanting to identify as the Other. It messes with your survival.

When we have the racist ahistorical white washing of America meeting internalized identity racism it is no accident that not even the most well written blog/well-read blogger/pundit could directly place the blame where it belongs, on the white controlled educational systems. Do you remember High School and even college history classes? Most glossed over the fact that the activity of picnicking is associated with the lynching of black people in the South. That people had trading cards of organized lynchings. Do you remember learning about the swindling of black sharecroppers by white con-artist stealing their money under the guise of delivering “four acres and a mule?” We educate celebrities and pundits in a racist system and then get surprised when they regurgitate garbage. It’s not just LL Cool J and Paisley that are failing us, but it’s also the schools, the companies that get behind racism, the books, and the teachers. We are failing ourselves.  We are intentionally racist and can’t even admit it.

Listen to the song below: