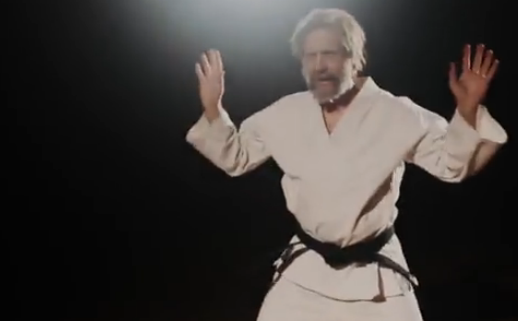 The video is premised on a (offensive) joke about a sexual assault committed by a Mongolian warrior. Zizek has actually told this joke before. The video is also chock-full of references to actual shit Slavoj Zizek has said, including his proclamation that vegetarians will turn into monkeys and his cultural analysis of “Kung Fu Panda.”

Whether or not this is a flattering imitation of the critical theorist, or a criticism of the “Elvis of cultural theory” – that is up for debate.

*Correction, earlier versions of this post assumed this joke was fictional. Commenters have noted that Zizek, has in fact, recited this joke before.