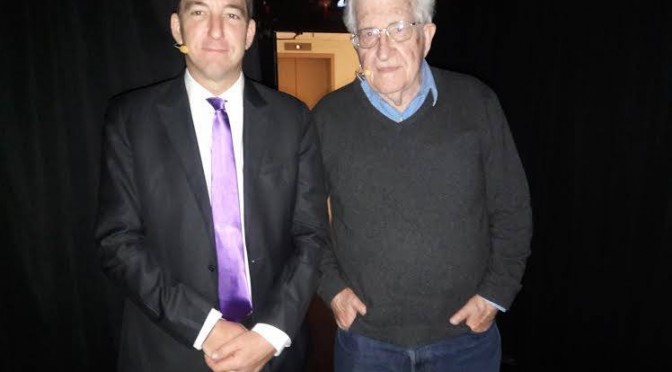 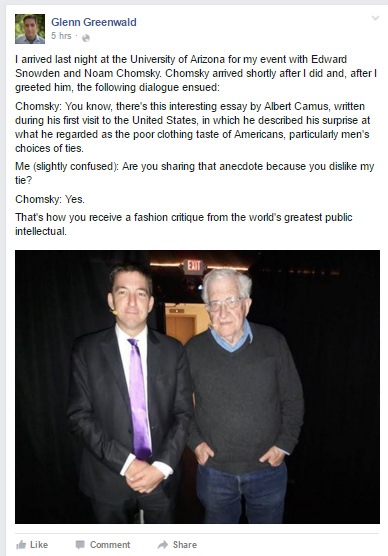 On Saturday, March 26 at 12:18PM EST Glenn Greenwald posted the above image to his Facebook page. It reads:

“I arrived last night at the University of Arizona for my event with Edward Snowden and Noam Chomsky. Chomsky arrived shortly after I did and, after I greeted him, the following dialogue ensued:

Chomsky: You know, there’s this interesting essay by Albert Camus, written during his first visit to the United States, in which he described his surprise at what he regarded as the poor clothing taste of Americans, particularly men’s choices of ties.

Me (slightly confused): Are you sharing that anecdote because you dislike my tie?

That’s how you receive a fashion critique from the world’s greatest public intellectual.”