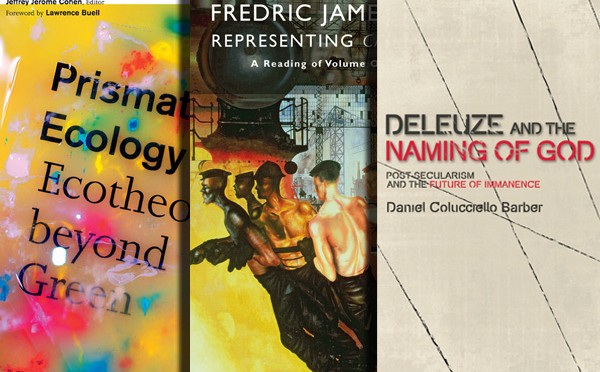 Hey publishers and/or authors, got a book coming out soon? Email [email protected] to let us know so we can include you in the next roundup.

Deleuze and the Naming of God 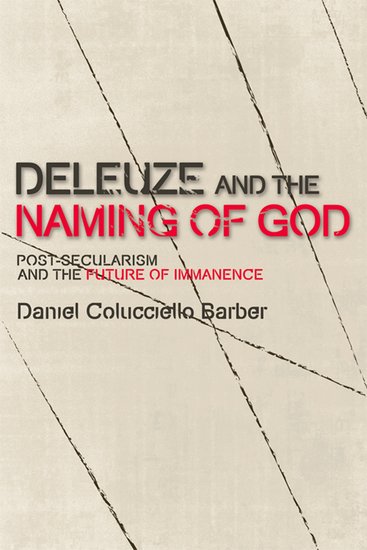 Deleuze and the Naming of God addresses the intersection between Deleuze’s thought and the notion of religion to proposes an alliance between immanence and the act of naming God. In doing so, Barber gives us a way out of the paralysing debate between religion and the secular. 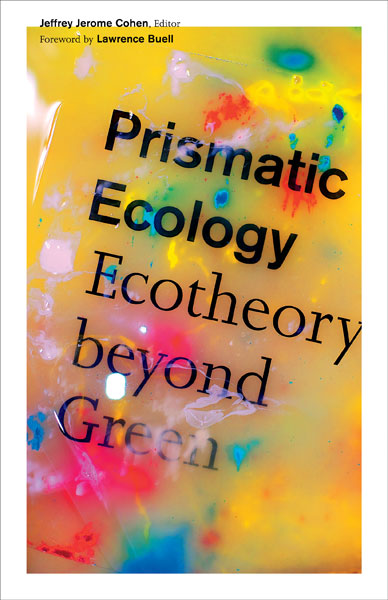 Emphasizing sustainability, balance, and the natural, green dominates our thinking about ecology like no other color. What about the catastrophic, the disruptive, the inaccessible, and the excessive? What of the ocean’s turbulence, the fecundity of excrement, the solitude of an iceberg, multihued contaminations? Prismatic Ecology moves beyond the accustomed green readings of ecotheory and maps a colorful world of ecological possibility.

…Featuring established and emerging scholars from varying disciplines, this volume presents a collaborative imagining of what a more-than-green ecology offers. While highlighting critical approaches not yet common within ecotheory, the contributions remain diverse and cover a range of topics including materiality, the inhuman, and the agency of objects. By way of color, Cohen guides readers through a reflection of an essentially complex and disordered universe and demonstrates the spectrum as an unfinishable totality, always in excess of what a human perceives.

Cut of the Real: Subjectivity in Poststructuralist Philosophy 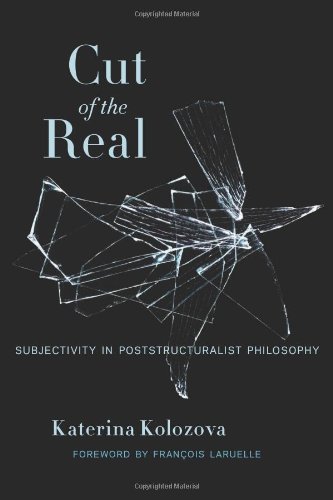 Poststructuralist (feminist) theory sees the subject as a purely linguistic category, as always already multiple, as always already nonfixed and fluctuating, as limitless discursivity, and as constitutively detached from the instance of the real. This reconceptualization is based on the exclusion of and dichotomous opposition to notions of the real, the one (unity and continuity), and the stable. The non-philosophical reading of postructuralist philosophy engenders new forms of universalisms for global debate and action, expressed in a language the world can understand. It also liberates theory from ideological paralysis, recasting the real as an immediately experienced human condition determined by gender, race, and social and economic circumstance. 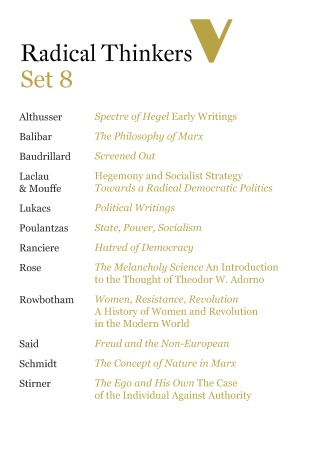 Ok, this is actually a bunch of books. The latest set includes 12 curated critical theory classics, including some otherwise hard to find in print. We spent most of January posting some of our favorite excerpts, which you can find here.

Check out more info on the set here.

Bringing together all of Jacques Derrida’s writings on James Joyce, this volume includes the first complete translation of his book Ulysses Gramophone: Two Words for Joyce as well as the first translation of the essay “The Night Watch.” In Ulysses Gramophone, Derrida provides some of his most thorough reflections on affirmation and the “yes,” the signature, and the role of technological mediation in all of these areas. In “The Night Watch,” Derrida pursues his ruminations on writing in an explicitly feminist direction, offering profound observations on the connection between writing and matricide. Accompanying these texts are nine essays by leading scholars from across the humanities addressing Derrida’s treatments of Joyce throughout his work, and two remembrances of lectures devoted to Joyce that Derrida gave in 1982 and 1984. The volume concludes with photographs of Derrida from these two events. 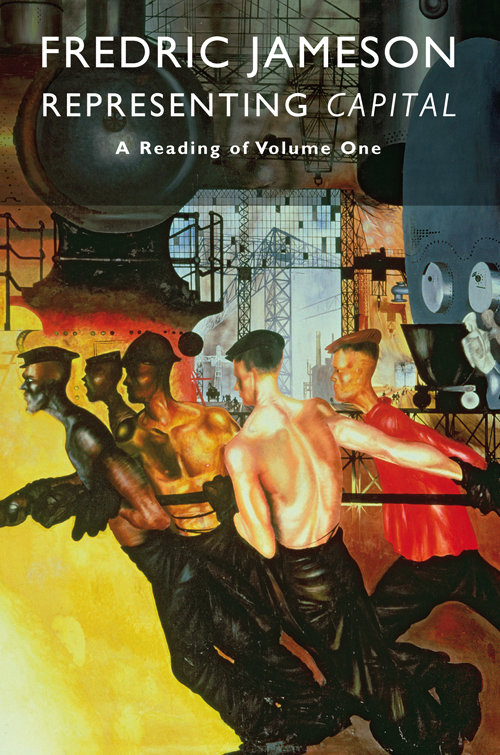 Representing Capital, Fredric Jameson’s first book-length engagement with Marx’s magnum opus, is a unique work of scholarship that records the progression of Marx’s thought as if it were a musical score. The textual landscape that emerges is the setting for paradoxes and contradictions that struggle toward resolution, giving rise to new antinomies and a new forward movement. These immense segments overlap each other to combine and develop on new levels in the same way that capital itself does, stumbling against obstacles that it overcomes by progressive expansions, which are in themselves so many leaps into the unknown.