Got any forthcoming books we should know about? Drop us a line at [email protected] 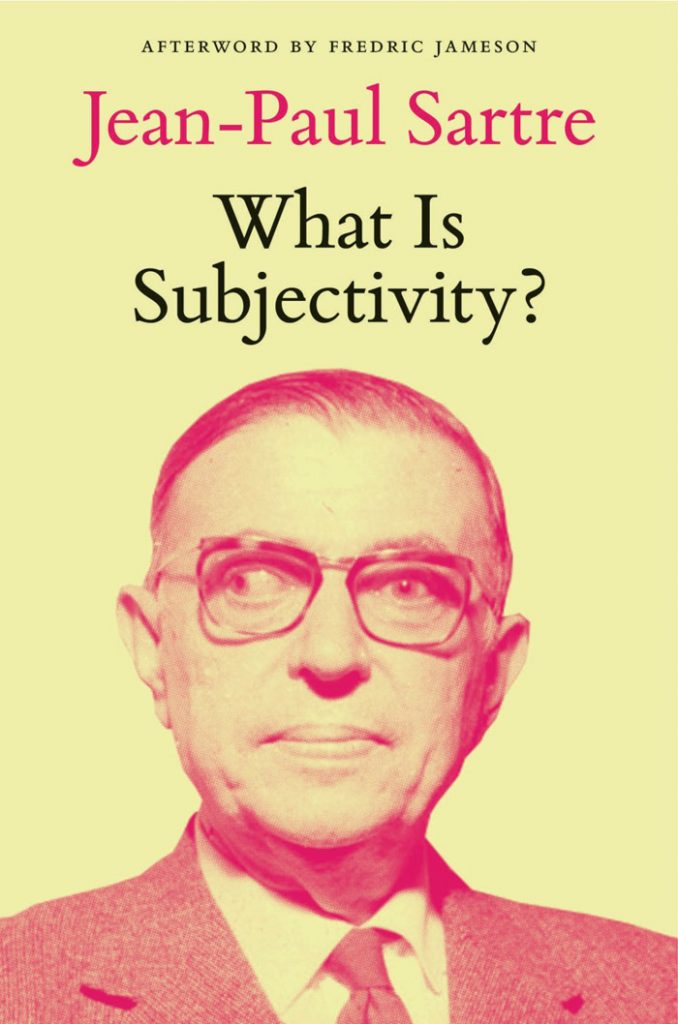 In 1961, the prolific French intellectual Jean-Paul Sartre was invited to give a talk at the Gramsci Institute in Rome. In attendance were some of Italy’s leading Marxist thinkers, such as Enzo Paci, Cesare Luporini, and Galvano Della Volpe, whose contributions to the long and remarkable discussion that followed are collected in this volume, along with the lecture itself. Sartre posed the question “What is subjectivity?” – a question of renewed importance today to contemporary debates concerning “the subject” in critical theory. This work includes a preface by Michel Kail and Raoul Kirchmayr and an afterword by Fredric Jameson, who makes a rousing case for the continued importance of Sartre’s philosophy. 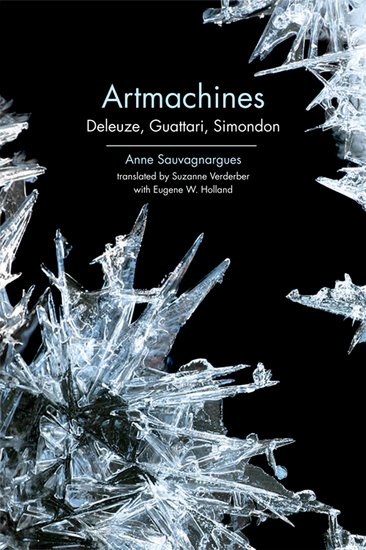 Artmachines reveals the continuing potential of Deleuze, Guattari and Simondon to invent new concepts and new modes of creativity and existence. She redeploys their work, together with other key philosophers including Bergson, Lacan, Deligny and Ruyer, to create new concepts including geophilosophy, the artmachine, the ritornello, schizoanalysis and the machinic assemblage. 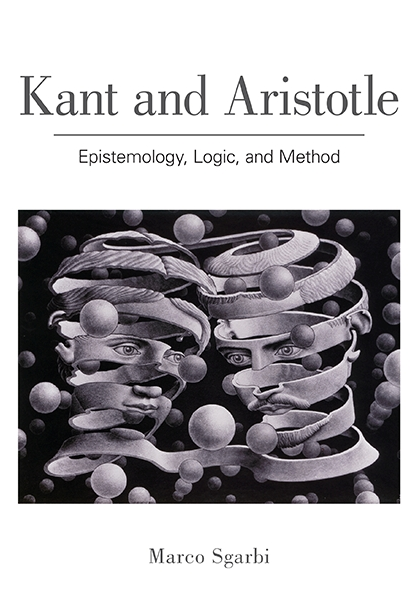 Kant and Aristotle reassesses the prevailing understanding of Kant as an anti-Aristotelian philosopher. Taking epistemology, logic, and methodology to be the key disciplines through which Kant’s transcendental philosophy stood as an independent form of philosophy, Marco Sgarbi shows that Kant drew important elements of his logic and metaphysical doctrines from Aristotelian ideas that were absent in other philosophical traditions, such as the distinction of matter and form of knowledge, the division of transcendental logic into analytic and dialectic, the theory of categories and schema, and the methodological issues of the architectonic. Drawing from unpublished documents including lectures, catalogues, academic programs, and the Aristotelian-Scholastic handbooks that were officially adopted at Königsberg University where Kant taught, Sgarbi further demonstrates the historical and philosophical importance of Aristotle and Aristotelianism to these disciplines from the late sixteenth century to the first half of the eighteenth century. 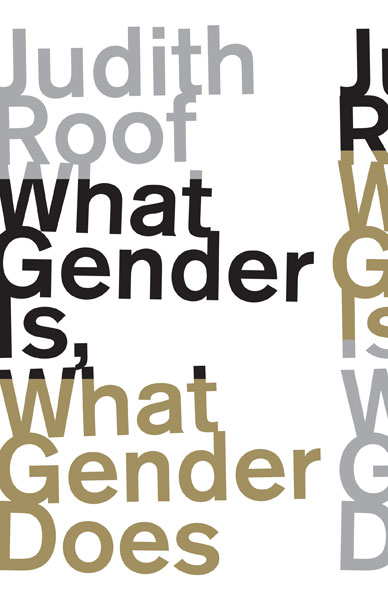 What Gender Is, What Gender Does provides a forceful new paradigm for considering genders. With depth and insight, Judith Roof argues that genders are much more than binary. And they are constantly morphing: they are conscious and unconscious, simultaneously conventional and idiosyncratic. At any moment, more than one gender dynamic is at work in any individual.

Roof’s interpretation of genders isn’t content with either biological duality or endlessly open performativity, and what results is a nuanced and surprising representation of gender—an account that captures the complexities of lived experience as well as lived ideology. For Roof, genders are interacting sets of operations that link individual desires to multiple, shifting manifestations of sociocultural positioning and self-presentation. Thus, “to gender” is to signal, mask, suggest, mislead, and simplify the uncontainable chaos of desires characteristic of subjects but roundly contained by society. 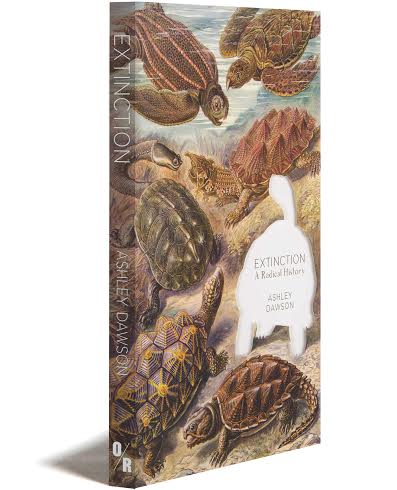 Some thousands of years ago, the world was home to an immense variety of large mammals. From wooly mammoths and saber-toothed tigers to giant ground sloths and armadillos the size of automobiles, these spectacular creatures roamed freely. Then human beings arrived. Devouring their way down the food chain as they spread across the planet, they began a process of voracious extinction that has continued to the present.

Headlines today are made by the existential threat confronting remaining large animals such as rhinos and pandas. But the devastation summoned by humans extends to humbler realms of creatures including beetles, bats and butterflies. Researchers generally agree that the current extinction rate is nothing short of catastrophic. Currently the earth is losing about a hundred species every day.

This relentless extinction, Ashley Dawson contends in a primer that combines vast scope with elegant precision, is the product of a global attack on the commons, the great trove of air, water, plants and creatures, as well as collectively created cultural forms such as language, that have been regarded traditionally as the inheritance of humanity as a whole.

This attack has its genesis in the need for capital to expand relentlessly into all spheres of life. Extinction, Dawson argues, cannot be understood in isolation from a critique of our economic system. To achieve this we need to transgress the boundaries between science, environmentalism and radical politics. Extinction: A Radical History performs this task with both brio and brilliance.

In Motherless Tongues, Vicente L. Rafael examines the vexed relationship between language and history gleaned from the workings of translation in the Philippines, the United States, and beyond. Moving across a range of colonial and postcolonial settings, he demonstrates translation’s agency in the making and understanding of events. These include nationalist efforts to vernacularize politics, U.S. projects to weaponize languages in wartime, and autobiographical attempts by area studies scholars to translate the otherness of their lives amid the Cold War. In all cases, translation is at war with itself, generating divergent effects. It deploys as well as distorts American English in counterinsurgency and colonial education, for example, just as it re-articulates European notions of sovereignty among Filipino revolutionaries in the nineteenth century and spurs the circulation of text messages in a civilian-driven coup in the twenty-first. Along the way, Rafael delineates the untranslatable that inheres in every act of translation, asking about the politics and ethics of uneven linguistic and semiotic exchanges. Mapping those moments where translation and historical imagination give rise to one another,Motherless Tongues shows how translation, in unleashing the insurgency of language, simultaneously sustains and subverts regimes of knowledge and relations of power. 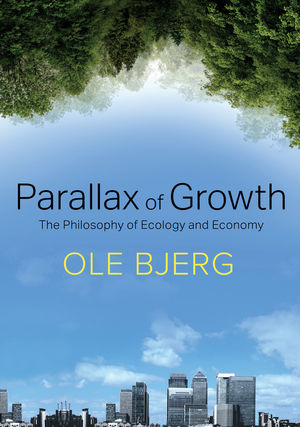 Parallax of Growth explores the ideas of economy and ecology and the factors that have put them on a collision course. Bjerg argues that our current mode of economic organization is characterized by an inherent debt drive , whereby the creation of money through the issuance of commercial bank credit has locked our economy into a vicious circle of forced growth and increasing debt.

Parallax of Growth is not a catalogue of solutions to the ecological or the economic crisis. The book aims to shift the inquiry from what shall we do? to why have we not already done it? In order to address the challenges of our contemporary times of crisis, we need to understand how the idea of growth is deeply ingrained in the ideology as well as the organization of our society. The book aims to open the space for philosophical thinking about this important issue. 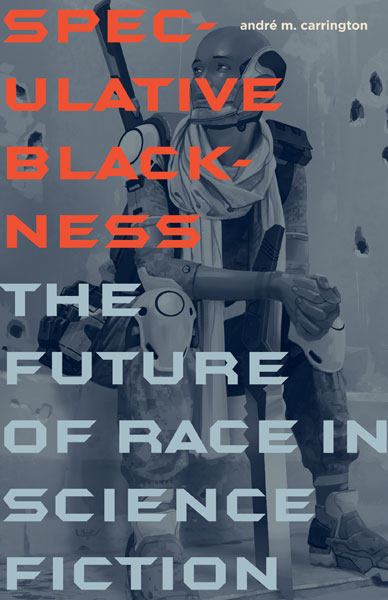 In Speculative Blackness, André M. Carrington analyzes the highly racialized genre of speculative fiction—including science fiction, fantasy, and utopian works, along with their fan cultures—to illustrate the relationship between genre conventions in media and the meanings ascribed to blackness in the popular imagination.

Carrington’s argument about authorship, fandom, and race in a genre that has been both marginalized and celebrated offers a black perspective on iconic works of science fiction. He examines the career of actor Nichelle Nichols, who portrayed the character Uhura in the original Star Trek television series and later became a recruiter for NASA, and the spin-off series Star Trek: Deep Space Nine, set on a space station commanded by a black captain. He recovers a pivotal but overlooked moment in 1950s science fiction fandom in which readers and writers of fanzines confronted issues of race by dealing with a fictitious black fan writer and questioning the relevance of race to his ostensible contributions to the ‘zines. Carrington mines the productions of Marvel comics and the black-owned comics publisher Milestone Media, particularly the representations of black sexuality in its flagship title, Icon. He also interrogates online fan fiction about black British women in Buffy the Vampire Slayer and the Harry Potter series. 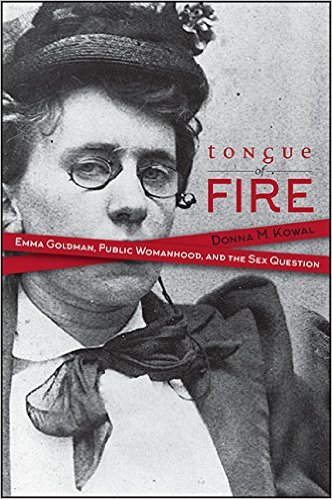 In this book, Donna M. Kowal examines the speeches and writings of the “Most Dangerous Woman in the World” within the context of shifting gender roles in early twentieth-century America. As the notorious leader of the American anarchist movement, Emma Goldman captured newspaper headlines across the country as she urged audiences to reject authority and aspire for individual autonomy. A public woman in a time when to be public and a woman was a paradox, Goldman spoke and wrote openly about distinctly private matters, including sexuality, free love, and birth control. Recognizing women’s bodies as a site of struggle for autonomy, she created a discursive space for women to engage in the public sphere and act as sexual agents. In turn, her ideas contributed to the rise of a feminist consciousness that recognized the personal as political and rejected dualistic notions of gender and sex.

On The Modes of Existence Technical Objects

Few thinkers have been as influential on current discussions and theoretical practices in the age of media archaeology, philosophy of technology, and digital humanities as the French thinker Gilbert Simondon. Simondon’s prolific intellectual curiosity led his philosophical and scientific reflections to traverse a variety of areas of research, including philosophy, psychology, the beginnings of cybernetics, and the foundations of religion. For Simondon, the human/machine distinction is perhaps not a simple dichotomy. There is much we can learn from our technical objects, and while it has been said that humans have an alienating rapport with technical objects, Simondon takes up the task of a true thinker who sees the potential for humanity to uncover life-affirming modes of technical objects whereby we can discover potentiality for novel, healthful, and dis-alienating rapports with them. For Simondon, by way of studying its genesis, one must grant to the technical object the same ontological status as that of the aesthetic object or even a living being. This work thus opens up exciting new entry points into studying the human’s rapport with its continually changing technical reality. This first complete English-language translation of Gilbert Simondon’s groundbreaking and influential work finally presents to Anglophone readers one of the pinnacle works of France’s most unique thinker of technics.

Political Theory and the Animal/Human Relationship

The division of life into animal and human is one of the fundamental schisms found within political societies. Ironically, given the immense influence of the animal/human divide, especially upon power dynamics, the discipline in charge of theorizing and studying power—political science and theory—has had little to say about the animal/human. This book seeks to amend this vast oversight. Acknowledging the complexity of the changing differences between animals and humans, the contributors explore such topics as Marx, Freud, the animal, and civilization; dog breeding, racism, and democracy; the meaningful silences of animals; how sovereignty reconfigures the animal/human; and the paradoxical struggles against being dehumanized among immigrant workers in a slaughterhouse. Political Theory and the Animal/Human Relationship is necessary reading for anyone who wants to understand how power has been influenced by the animal/human divide, and what we can do about it.