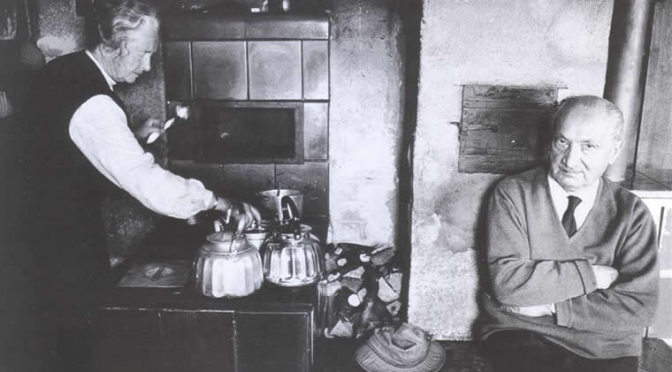 The University of Vienna is now accepting abstracts for their conference “Conventionalism: Heidegger’s ‘Anyone’ and Contemporary Social Theory.”  Deadline for submissions is June 1, 2014. Read the call for papers below.

Heidegger’s “Anyone” and Contemporary Social Theory

Heidegger’s account of the Anyone (das Man) is ambiguous. Accordingly, some interpreters applaud the constitutive function of the Anyone’s norms and customs for Dasein’s everyday coping as the best description of human sociality, while others emphasize the “dictatorship of the Anyone” as an important critique of modern mass society. Thus, the Anyone is either seen as an enabling condition for action, or a restriction of our liberty. This ambiguity reflects the controversial status of conventionalism: On the one hand, conventions are the interpretative frames that provide orientation for action and help solving coordination problems. On the other hand, conventions limit our freedom and embody the tendency to conformism. A conformist understanding of conventions in turn raises the question how a critique of social normativity is possible.

The aim of our conference is to investigate the possible contribution of Heidegger’s Anyone for an understanding of social conventions. We are mainly interested in the tension between the constitutive function of conventions for human action (orientation for action and solution of coordination problems) and the critical aspects of conformism (restriction of freedom and source of estrangement), and in the possibility of social change.

Abstracts should not exceed 400 words. The submission must also include your name, affiliation, and contact details. Please submit your proposal to [email protected]. Deadline for submission is June 1st, 2014. Selected participants will be notified by email by the end of June 2014. Publication of selected conference papers is planned in a collected volume.

The conference is organized by Hans Bernhard Schmid and Gerhard Thonhauser.