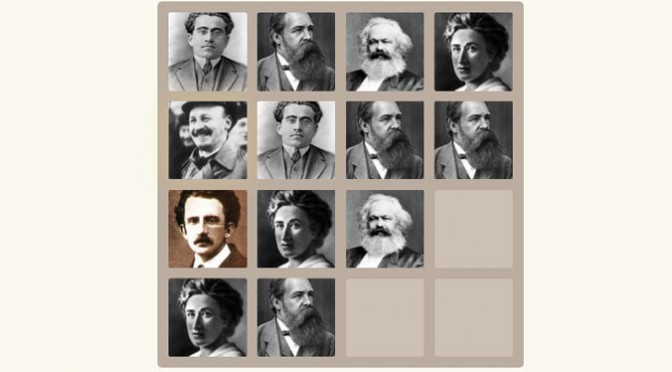 The game 2048 is a viral sensation where players use psuedo-math skills to swipe and combine powers of two until reaching the number 2048. The game, created by 19-year-old Gabriele Cirulli, has been played over 100 million times and is open source.

As such, plenty of 2048 spinoffs have been made, including one with the internet’s favorite shiba inu and, now, a “full communism” edition.

In this version, the number 2 is replaced  by Karl Marx and 4 by Friedrich Engels. Other tiles include Rosa Luxemburg, Walter Benjamin, Antonio Gramsci and Leon Trotsky.

The game is the work of Anindya Bhattacharyy, a writer and activist based in London.