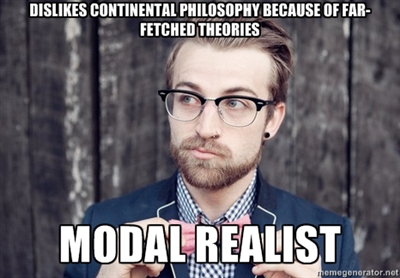 Continental philosophy is often looked on with scorn by highfalutin analytic philosophers who covet the majority of professorships in the American university system. After all, a field like continental philosophy that is closely connected to Marxism doesn’t scream “study me!” to the multitude of students who increasingly see a degree as “that thing that will get me a job but probably still won’t.” So when physicist Stephen Hawking declared that “philosophy is dead,” was he berating the entire field , a specific brand, or just reading a lot of Nietzsche? As Santiago Zabala and Creston Davis argue, he probably meant analytic philosophy, or he should have. In fact, Hawking’s criticism seems to echo Richard Rorty and Alain Badiou. As Davis/Zabala note:

More recently, the late Richard Rorty and the French theorist Alain Badiou proclaimed the death of philosophy. In his book Infinite Thought, Badiou defines the school of analytic philosophy. He writes that the orientation of analytic philosophy, which began with Ludwig Wittgenstein and Rudolf Carnap in what became known as the “Vienna Circle”, possesses a desire to establish a rigid demarcation between utterances that have meaning from those that do not.

In this way, analytic philosophy sets up the standard for what is legitimate to say and what is nonsensical. Thus, Badiou concludes that this philosophy does not seek truth, but is rather a very limiting endeavour: namely, analysing “the logical and grammatical analysis of utterances” and of language as such. The task of analytic philosophy is not about the creation of ideas but a policing of the rule of linguistic meaning. This is why Badiou argues that ultimately, analytic philosophy is therapeutic, because it cures us “of the illusions and aberrations of language that divide us, by isolating what has no meaning, and by returning to rules which are transparent to all”.