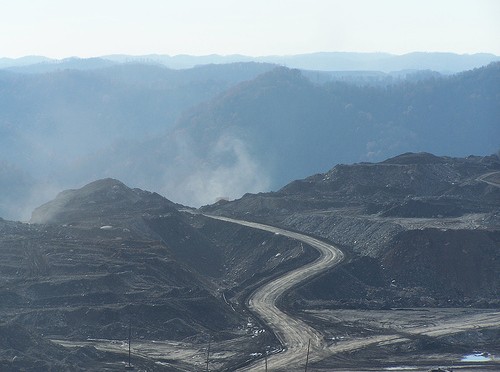 You have that friend. You know, the well-intentioned liberal who thinks that by recycling your Coca Cola cans and composting your GMO fruits and vegetables, all of the sudden, everything will be okay. Capitalism? “Well, we can’t escape that,” they say “So I’m just going to keep drinking Naked Juice and wearing an obscene amount of patchouli.”

Fred Magdoff and John Bellamy Foster’s “What Every Environmentalist Needs to Know About Capitalism,” is a remedy for this quixotic crusader. A “Citizen’s Guide to Capitalism and the Environment,” Magdoff and Foster write with great lucidity the case against a “green capitalism.”

So what do they teach us?

Over-population is a huge concern for any environmentalist. As global populations expand, new housing developments replace the biosphere and more non-renewable natural resources are consumed. Many propose simply curbing population growth to quell the the rapid expansion of resource extraction and natural destruction.

But capitalism can’t function without a growing population. As Magdoff and Foster point out:

What is not always realized is that population growth cannot be examined apart from the economic system in which it is embedded. Negative or zero population growth can pose serious problems for a capitalist society always in search of new markets for its goods and requiring a continual expansion of the labor force and of the relative surplus population of the unemployed in order to meet the needs of production and profits.

There are, of course many other examples. Shrinking or stagnate populations would greatly harm the construction industry. And, as a shrinking population ages -as it did in Japan – there is a severe shortage of workers to maintain basic services for the aging population. In the case of Japan, they had to import large amount of workers, but this is clearly not a globally viable strategy.

In addition to zero population growth, many advocate a “freezing” of the economy to sustain current levels of prosperity. But this is antithetical to the basic laws of capitalism.

The basic drive of capitalism – profit – is not just about how much money one makes, but how quickly that money makes more money. Put simply, an investor doesn’t want to earn $1,000 a week for the rest of their lives, they want to invest that $1,000 dollars to turn into $2,000, which then may turn into $4,000, and so on.  That is done when companies and stock become more valuable, my making more profit than they had before.

But without an increase in economic activity, there is no increase of consumption, and there is no available markets to expand into. Thus it becomes impossible to expand, and profits fall flat. The impetus to invest disappears.

Even mainstream economists understands that unemployment rates are tied directly to growth rates.  According to the former chair of President Obama’s Council of Economics Advisers, “we need 2.5 percent growth just to keep unemployment where it is.” Magdoff and Foster note that only in the 13 years of GDP growth exceeding 5% from 1949-2008 did unemployment not increase.

With the need for growth becomes the need for more resources, expanding into new markets, and more environmental destruction.

Many apologists for capitalism will reply to the ongoing environmental destruction that capitalism can, and will, come up with market solutions. It is, after all, not in a businesses’ interest to live in a Mad Max-esque hellscape devoid of necessary resources.

But unfortunately, there is no easy market mechanism to coordinate in the long term. That’s because most businesses can only plan up to 10 years in the future, thus the long-term consequences of environmental destruction never enter the calculus.

As Magdoff and Foster argues,

Business owners and managers generally consider only the short term in their operations. Most take into account the coming three to five years, or, in some rare instances, up to ten years. This is the way they must function because of unpredictable business conditions (phase of the business cycle, competition from other corporations, prices of needed inputs such as raw materials, and investors not wanting to wait too long for profits( and demands from speculators looking for short-term returns. They therefore act in was that largely ignore the natural limits to their activities- as if there an unlimited supply of natural resources for exploitation. Even if the reality of environmental limitation enters their consciousness, it merely speeds p the exploitation of a given resource, which is extracted as rapidly as possible, with capital then moving on to new areas of resource exploitation . With each individual capitalist pursuing the self-interested goal of making a profit and accumulating capital, decisions are made that collectively harm society.

#4 It’s Not in Human Nature The contention that greed is part of human nature, and capitalism is thus the best system to govern that greed,  is often espoused by conservatives and liberals alike. Some of these claims are based in certain sects of evolutionary psychology, a field rife with claims like “rape evolved for a reason” and sheer fabrications.

Magdoff and Foster take on this notion that capitalism is innate:

Traits fostered by capitalism are commonly viewed as being innate to “human nature,” thus making a society organized around goals other than the profit motive unthinkable. But humans are clearly capable of embracing a wide range of characteristics, extending from great cruelty to great sacrifice for a cause, to true altruism. The “killer instinct” we supposedly inherited from evolutionary ancestors–the evidence being chimpanzees killing the babies of other chimps — is being questioned by reference to the peaceful characteristics of other hominids such as gorillas and bonobos (as closely related to humans as chimpanzees). Studies of human babies have also shown that, though selfishness is a human trait, so are cooperation, empathy, altruism, and helpfulness. Wisdom teaches us, as Einstein emphasized, that human beings are both solitary and social beings. To emphasize  the former at the expense of the latter is to invite destruction.

If you’re rich, you probably don’t need to worry too much about the destruction of the environment, the proliferation of contaminants in food and water,  and global climate change. That’s because they have money to just escape it. But that’s not to offer a simple rich/poor dichotomy. The middle class has a better ability to deal with the fallout of capitalism than the poor, and the poor (in America) have far more resources to deal with it than those living in the developing countries.

It goes beyond the “not in my backyard” mentality towards toxic dumping, industrial plants and other unseemly aspects of industrialized capitalism which privileges those with enough money and free time to grease a few palms and organize enough people.

Magdoff and Foster argue that access to more money means you can buy organic food, move when climate change makes your residence uninhabitable,  and export the products of your toxic lifestyle elsewhere.  In Nigeria, Ghana and the Ivory Coast,  developed nations have been exporting their industrial waste since the 1970s.

The lives of many people in the developing world is being threatened by lack of access to water, necessary for consumption and agriculture, because rising temperatures have disrupted otherwise reliable sources.

The idea that new technology can drastically reduce waste and save non-renewable resources isn’t anything new. At the very least, it’s as old as the steam engine. Since then, people having been singing a similar tune. Increased gas efficiency will ween us off of fossil fuels, computers would stop the destruction of the rainforest for paper, and so on.

In the 1860s, the British Empire was facing a conundrum similar to the United States is now. They were worried that coal was running out. In a previous essay, Foster and colleagues note:

The nineteenth century was the century of coal. It was coal above all else that powered British industry, and thus the British Empire. But in 1863 the question was raised by industrialist Sir William George Armstrong, in his presidential address to the British Association for the Advancement of Science, as to whether Britain’s world supremacy in industrial production could be threatened in the long run by the exhaustion of readily available coal reserves.1 At that time, no extensive economic study had been conducted on coal consumption and its impact on industrial growth.

But as steam engines, one of the main uses for coal, got more efficient, less coal was needed. Problem solved, right?

Nope. Economist William Stanley Jevons in 1865 that despite huge increases in steam engine efficiency, the use of coal increased. Why? Because greater efficiency meant that industrialists could produce more. If less coal was used, more money was free to increase factory output, requiring more coal.

As anybody with a hybrid vehicle understands, why wouldn’t you drive 100 miles for no reason? The gas is practically free!

So the development of “green” technologies doesn’t mean a green outcome. Gas efficient vehicles promote individuals to drive more, more efficient factories allow them to produce more and renewable energy sources are extracted faster than they can be replenished.

Coupled with the mandate of capitalism to grow, it means that any advancement in green or sustainable technology will quickly be overcome by an increase in production and use.

For more, check out the book “What Every Environmentalist Needs to Know About Capitalism.“