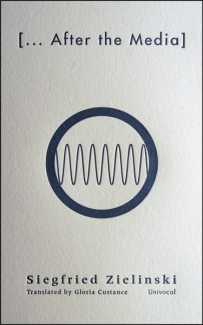 #1 Adorno and the Ends of Philosophy Theodor Adorno’s reputation as a cultural critic has been well-established for some time, but his status as a philosopher remains unclear. In Adorno and the Ends of Philosophy Andrew Bowie seeks to establish what Adorno can contribute to philosophy today.

Adorno’s published texts are notably difficult and have tended to hinder his reception by a broad philosophical audience. His main influence as a philosopher when he was alive was, though, often based on his very lucid public lectures. Drawing on these lectures, both published and unpublished, Bowie argues that important recent interpretations of Hegel, and related developments in pragmatism, echo key ideas in Adorno’s thought. At the same time, Adorno’s insistence that philosophy should make the Holocaust central to the assessment of modern rationality suggests ways in which these approaches should be complemented by his preparedness to confront some of the most disturbing aspects of modern history. What emerges is a remarkably clear and engaging re-interpretation of Adorno’s thought, as well as an illuminating and original review of the state of contemporary philosophy.

Adorno and the Ends of Philosophy will be indispensable to students of Adorno’s work at all levels. This compelling book is also set to ignite debate surrounding the reception of Adorno’s philosophy and bring him into the mainstream of philosophical debate at a time when the divisions between analytical and European philosophy are increasingly breaking down.

#2 Gendering Global Conflict: Toward a Feminist Theory of War Laura Sjoberg positions gender and gender subordination as key factors in the making and fighting of global conflict. Through the lens ofgender, she examines the meaning, causes, practices, and experiences of war, building a more inclusive approach to the analysis of violent conflict between states.

Considering war at the international, state, substate, and individual levels, Sjoberg’s feminist perspective elevates a number of causal variables in war decision-making. These include structural gender inequality, cycles of gendered violence, state masculine posturing, the often overlooked role of emotion in political interactions, gendered understandings of power, and states’ mistaken perception of their own autonomy and unitary nature. Gendering Global Conflict also calls attention to understudied spaces that can be sites of war, such as the workplace, the household, and even the bedroom. Her findings show gender to be a linchpin of even the most tedious and seemingly bland tactical and logistical decisions in violent conflict. Armed with that information, Sjoberg undertakes the task of redefining and reintroducing critical readings of war’s political, economic, and humanitarian dimensions, developing the beginnings of a feminist theory of war. The American Crucible furnishes a vivid and authoritative history of the rise and fall of slavery in the Americas. For over three centuries enslavement promoted the rise of capitalism in the Atlantic world. The New World became the crucible for a succession of fateful experiments in colonization, silver mining, plantation agriculture, racial enslavement, colonial rebellion, slave witness and slave resistance. Slave produce raised up empires, fostered new cultures of consumption and financed the breakthrough to an industrial order.

Not until the stirrings of a revolutionary age in the 1780s was there the first public challenge to the ‘peculiar institution’. An anti-slavery alliance then set the scene for great acts of emancipation in Haiti in 1804, Britain in 1833–8, the United States in the 1860s, and Cuba and Brazil in the 1880s. In The American Crucible, Robin Blackburn argues that the anti-slavery movement forged many of the ideals we live by today. The media are now redundant. In an overview of developments spanning the last seventy years, Siegfried Zielinski’s [… After the Media] discusses how the means of technology-based communication assumed a systemic character and how theory, art, and criticism were operative in this process. Media-explicit thinking is contrasted with media-implicit thought. Points of contact with an arts perspective include a reinterpretation of the artist Nam June Paik and an introduction to the work of Jake and Dinos Chapman. The essay ends with two appeals. In an outline of a precise philology of exact things, Zielinski suggests possibilities of how things could proceed after the media. With a Vademecum against psychopathia medialis in the form of a manifesto, the book advocates for a distinction to be made between online existence and offline being.

#5 Progressive Politics After the Crash: Governing from the Left Those who hoped the collapse of financial markets would usher in the end of neoliberalism and rehabilitate support for traditional social democratic policies programmes have been disappointed. It is not only the irrationality of markets which is the focus of public discontent, but the inefficiency of states and the inability of elected governments to humanise and control global market capitalism.

Despite recent successes, social democratic parties in the EU have become locked in a cycle of electoral under-performance. The crisis remedies of the Right appear more simple and direct in their diagnosis, casting the state as restrictive, wasteful and inefficient. Abstract theoretical debates on the Left about a ‘paradigm shift’ in Western capitalism in the aftermath of the crisis have had little traction.

So, in the aftermath of the 2008 crash prompted by the failure of US financial services conglomerate, Lehman Brothers, this book addresses a deceptively simple question: what is to be done? It makes the case for a new, post-crisis settlement harnessing the dynamic traditions of social liberalism and social democracy as the foundation for progressive reforms geared towards alleviating crisis aftershocks and addressing the deep-seated structural challenges afflicting western capitalist democracies.