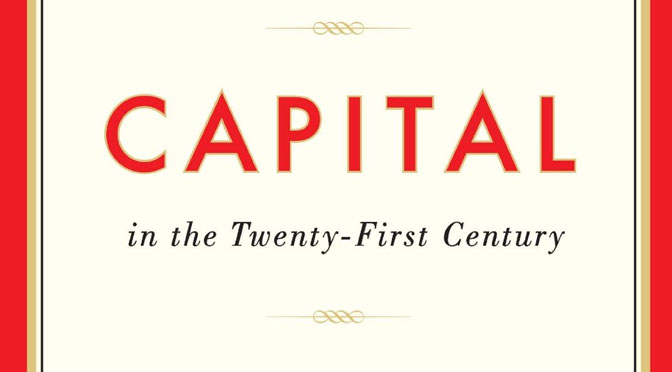 As it turns out, watered-down Marxism sells pretty well.

Thomas Piketty’s latest book, “Capital in the 21st Century,” fancies itself a “Das Kapital” for the modern era – and it’s currently Amazon’s top seller. And it’s been in the top 100 for over a month. The book has sold over 48,000 print copies and is in at least it’s 4th run, the Washington Post reports.

Piketty’s book is a return to the style of political economy championed by Karl Marx and Adam Smith, writes the New York Times. Except this time, it gets a little help from super-computers.

But while Piketty is heavily influenced in Marx’s critique of capitalism, especially in terms of inequality and the evils of capitalism, he has also disavowed the more radical components of Marxism. In other words, Marx was (mostly) right descriptively, and mostly wrong prescriptively.

Piketty’s analysis concludes that returns on capital in capitalist economies rapidly outpaces overall economic growth and growth in labor wages. After a brief respite in the mid-20th century caused by the Great Depression, two world wars and massive government interventions, income inequality is back to its expected historical trajectory.

But instead of calling for the end of capitalism, Piketty believes state action can create a sort of equitable capitalism. With that concession, Piketty has managed to gain the admiration of people like mainstream figures like Paul Krugman.

And that makes me a sad panda.