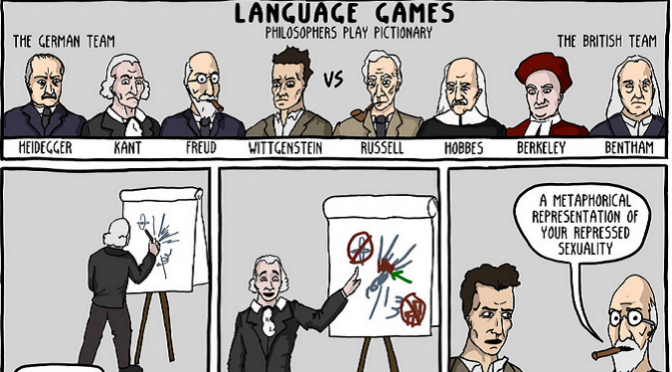 Courtesy of the magnificent Existential Comics. 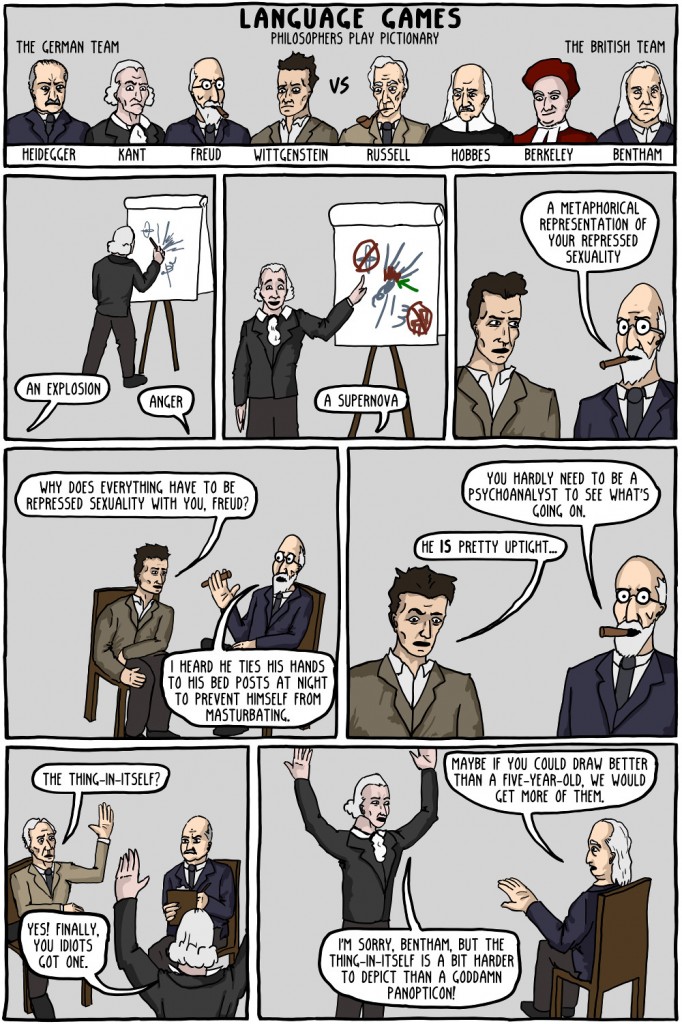 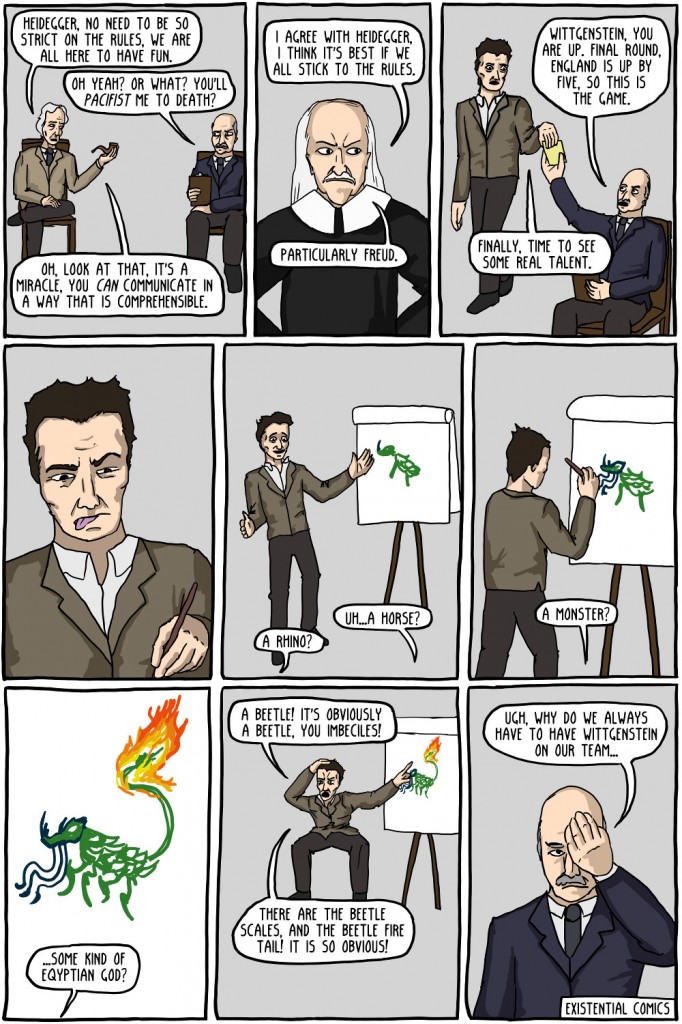 Growing up in a wealthy home, Wittgenstein never actually saw a beetle as a child. When he asked his parents and relatives what a beetle looked like, they gave descriptions, but he could tell they didn’t know either. As he grew older, he theorized that no one had ever actually seen a beetle. He told all his philosopher friends, who just got really excited and assumed that he was making a profound point regarding the nature of language. He was too embarrassed to correct them and simply pretended like that was what he meant all along. He still isn’t sure what a beetle is to this day, or if they even exist at all.